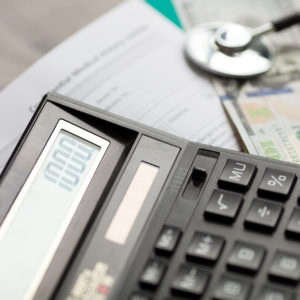 The Hindenburg-like failure of congressional Republicans to repeal and replace the Affordable Care Act has put single-payer health care — the Left’s dream and Right’s nightmare — on the minds of true believers in both camps. To a considerable degree, though, both sides’ hopes and fears are hyperbolic hokum.

The unraveling ACA sets Left-leaning hearts aflutter for a health care system financed (and administered?) by the federal government. And the GOP’s legislative failure gives many on the Right a hopeless sense that single-payer is now inevitable.

The Left believes single-payer gives Western Europe and Canada universal coverage, better care, and lower costs — and that such a payment system would rid American health care of its ills. The Right imagines such a shift would end free-market medicine and America’s role as the world’s engine of medical innovation (plus bankrupt the country).

Both views deserve skepticism. European and Canadian health care doesn’t actually attain the standards the Left imagines, and differences with American health care come largely from factors other than the payment system. The Right’s fears are likely overblown because — regardless of the trappings of competition — America already has a quasi-single-payer system; those single-payer qualities arguably cause most of what truly ails American health care.

Actual differences between American and European/Canadian care have little to do with single-payer or the imagined bargaining power of national health care authorities. Europeans spend less than Americans on care because they spend less than Americans on everything. In a column for Bloomberg (“Spending a Lot on Health Care Is the American Way”), my colleague Tyler Cowen notes that this reflects our overall consumption patterns and low saving rates.

European health care systems do save money, but in ways Americans would likely reject, single-payer notwithstanding: antiquated technology and drugs, long wait-times, poor hospital sanitation, low physician pay, poor cancer survival rates. The United Kingdom’s National Health Service recently imposed a one-year wait on routine surgery for smokers and those with body mass index over 30, not for medical reasons but rather because, borrowing the Left’s terminology, the NHS puts profits before people. (Consider that, given demographic patterns of obesity, in America, this scheme would mean more care for urban whites and less care for African-Americans and Latinos.)

Around half of insured Americans inhabit a single-payer system — Medicare, Medicaid, the Veterans Administration and more. Private insurance policies are essentially Medicare policies with tweaks. This homogenized coverage is a primary cause of — not a cure for — high costs, spotty coverage and less-than-ideal quality. But for those on the Right who fear the effects of single-payer, relax. For the most part, it’s already here.

“Postcode lotteries” mean access to care varies substantially by geography. In many countries, undocumented immigrants lack access to coverage or receive emergency coverage only, which the United States also guarantees.

And true, we have many agencies and insurers writing checks for care, but some highly touted European systems (Germany, Switzerland, the Netherlands) are multi-payer, and Canada’s provinces are essentially separate payers.

Bottom line? As long as the political sphere focuses on payment systems, and not on how we actually deliver care, the message is: The more things change, the more they stay the same.