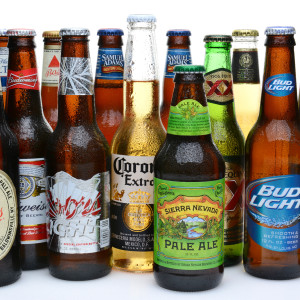 Executives from the world’s largest beer producers assured Congress on Tuesday a proposed $107 billion merger of Anheuser-Busch InBev and SABMiller poses no threat to the country’s thriving craft-beer segment.

But lawmakers also heard from representatives of independent breweries and their distributors concerned about craft brews being forced off shelves, frozen out of bars and muscled out of the distribution chain by a powerful new industry giant.

“This is a troubled market landscape against which this is occurring,” said Diane Moss, president of the American Antitrust Institute, who told the Senate Judiciary’s antitrust subcommittee that the deal, as constituted, violates federal law and would result in higher prices and fewer choices.

“There is now economic evidence of price increases in the wake of previous mergers, even against declining demand for popular mass-market beers,” she warned lawmakers.

Sen. Amy Klobuchar, D-Minn., the committee’s ranking Democrat, pressed for assurances from the industry executives at the hearing that independent producers would retain market access: “Wholesalers make decisions everyday on what brands to put on their trucks. I want to make sure consumer choice, not producer power, drives that decision.”

Sen. Chris Coons, D-Delaware, said, “Nobody wants to take a seat at a bar and find out that their only choices are between a Bud and Miller.”

“This transaction is really about the rest of the world,” he said, and would offer American brands like Budweiser more access to markets in Africa, Asia and South America. “There will be no impact on the way we conduct our business in the U.S.”

Sen. Richard Blumenthal, D-Conn., seemed skeptical: “Let me be very blunt, what we’ve seen over the past years is a trend toward mammoth beer-behemoths in our market and the result has not been a happy one for many of our consumers. What we’ve seen as consumers is higher prices.”

As part of the deal, the South Africa-based SABMiller is divesting the Miller brand, co-owned with U.S.-based joint-venture partner Molson Coors, in a deal valued at $12 billion.

Echoing the comments of his ABI counterpart, Molson Coors CEO Mark Hunter said acquiring full ownership of the Miller brand would not trigger a shake-up in how his company produces or distributes products.

“Nothing changes for our consumers, our customers, our distributors or our communities as a result of our purchase of SABMiller’s ownership interest,” he said.

The ABI-SAB-Molson Coors deal, announced in November, must be approved by Justice Department antitrust regulators, and several lawmakers from both parties last month asked Attorney General Loretta Lynch to investigate the merger’s impact on craft breweries – the independent, regional beer producers who have surged to 11 percent of the domestic market in just a few years.

“Large multinational brewers should not be allowed to use their market power to limit consumer choice and access to small innovative breweries,” Coons, Blumenthal, and Sens. Angus King, I-Maine, Jeff Merkley, D-Ore, and Susan Collins, R-Maine, wrote in the letter. “Put simply, we believe craft brewers must be able to conduct their business without being denied access to necessary raw materials and distribution companies.”

The proposed deal also faces a court challenge: A group of 23 beer drinkers last week filed a lawsuit in Oregon, according to the Oregonian, seeking to stop the merger.

“The U.S. beer industry — which serves tens of millions of consumers at all income levels — is highly concentrated with the two defendant firms accounting for approximately 71 percent of all sales volume nationwide,” the plaintiffs write in the lawsuit filed Dec. 1.

“The proposed acquisition by ABI of SAB significantly threatens consumer welfare by the threatened increase in price, deterioration of quality, curtailment of innovation, destruction of consumer choice, and the elimination of actual and potential competitors and significant rivals in a non-trivial transaction. By combining the largest and the second-largest brewers of beer sold in the United States, the defendant, ABI, would be a global beer behemoth with a market value of roughly $275 billion, and 71 percent of the beer market in the United States, sufficient monopoly power to exclude competition and raise prices. Plaintiffs, therefore, seek to enjoin this acquisition and prevent a serious violation of Section 7 of the Clayton Act.”

In a statement to Fortune, ABI dismissed the lawsuit as without merit:

“The U.S. beer market has never been more competitive, with strong growth from craft brewers, and nothing in this transaction will change that fact.”