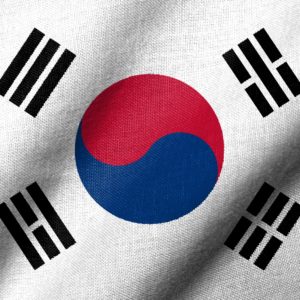 However, the abrupt ouster of Secretary of State Rex Tillerson, in Africa when Trump confirmed he was accepting Kim’s invitation to get together, complicates the process. Tillerson before he was fired said “several steps” would have to taken before the summit was fixed definitely but “we expect to hear something directly from them.”

Now nobody seems to know what to expect. Tillerson, who was not informed of the North Korean invitation before hearing about it during his travels, had demanded that discussions be “held quietly” — a hint that he was out of the loop in the discussion.

But would the State Department be the first to know regardless of who’s in charge? In this uncertain atmosphere, Tillerson’s successor, Mike Pompeo, who had been CIA director, has to pick up where Tillerson left off in dealing with the North Koreans.

Another problem is that North Korea has yet to say or breathe a word to anyone in the U.S. administration about the summit. The State Department is still awaiting a message, maybe via North Korea’s United Nations mission in New York, about the timing and venue.

Meanwhile, White House Press Secretary Sarah Huckabee Sanders has said the North Korean offer “was made, and we’ve accepted.” If the North Koreans stick to their “promises,” she insisted, “the meeting will go on as planned.”

But what “promises” — and are the North Koreans willing to talk about getting rid of their nuclear program as Trump has demanded? “We’re continuing to prepare on a number of levels,” was all Sanders would say, declining “to get ahead on any of these details.”

Certainly mum’s the word as far as the North Koreans are concerned. They haven’t made a single comment in their own state media about anything to do with a summit either with South Korea’s President Moon Jae-in, who is supposed to meet Kim in late April, or with Trump, who would meet him in May at the earliest.

Does the silence from Pyongyang reflect the desire of North Korean leaders to work out a definite schedule before letting their people know what’s going on?

Or are the North Koreans waiting until after annual U.S.-South Korean military exercises, due to begin soon after the Paralympics, now going on in the South Korean mountain resort of Pyeongchang, the scene of last month’s Winter Olympics? South Koreans say Kim is no longer insisting on cancellation of the war games, but North Korea has already denounced them as preparation for “invasion” against which nukes and missiles are needed for “self-defense.”

If either of the summits were to fall through, the North Koreans would inevitably blame the Americans and South Koreans for plotting for war.

At this stage, North Korean rhetoric is crediting Kim Jong-un with having created conditions under which the country can focus on economic development thanks to its success in building up the nuclear program needed to defend the country. The North, of course, shows no sign of “willingness” to give up its nukes and missiles despite Kim’s assurances of “willingness” to talk about all that to Trump.

In pursuit of an understanding with North Korea, however, Trump faces another problem. How can he work closely with America’s South Korean ally even as he threatens the South with a vast increase in tariffs on steel and aluminum imports?

Analysts question the depth of cooperation between the United States and South Korea while South Korea asks Trump to make the South an “exception” to his order imposing a 25 percent tariff on steel and 10 percent on aluminum products.

The order has also angered American allies and trading partners in Europe, Japan and Brazil, all of which are asking for exemptions. Trump at the outset excluded Canada and Mexico from the tariff increases, a topic to be covered in negotiations on revising the North American Free Trade Agreement that he has repeatedly criticized.

The issue of protectionism is inextricably linked to Korea, North and South, since Trump also is targeting the free-trade agreement between South Korea and the United States.

President Moon has urged North Korea to negotiate its nuclear program with the United States as almost a condition for South and North Korean negotiations. Like the Americans, he is calling for denuclearization but might not be so insistent if Trump sticks to raising tariffs drastically on Korean products, notably steel. The United States is South Korea’s largest foreign market for steel exports while Korean steel imports into the United States rank third after Canada and Brazil.

“Trump has set out a negotiating position before he gets into negotiations,” said Kenneth Courtis, a longtime international entrepreneur who heads several investment firms and sits on the boards of a number of corporations. “This year,” he predicted at a breakfast in Seoul hosted by SaKong Il, a former finance minister, will be one of instability” dominated by “talk about protectionism and free trade.”

Koreans, said Courtis, “will have to be more agile, more attentive,” all of which will be “fascinating for the rest of us.”

Despite pervasive doubts about North Korea’s sincerity, Trump has tweeted, “For the first time in many years, a serious effort is being made by all parties concerned” but warned against raising “false hope” while “the world is watching and waiting.”