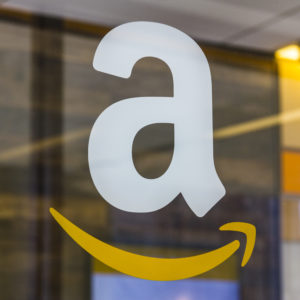 In a fair and honest marketplace, exchanges are voluntary on both sides. Yet policies set by Amazon are not fair, not reflective of a competitive environment, and squarely put the balance of power in Amazon’s hands, at the expense of sellers. All of this begs the question: Would you willingly work with Amazon given their terms of service as a seller?

Take, for starters, the way Amazon changed how it awards sales. Previously, if three sellers all listed the same exact item at the precise published price point, they would have performed about even in terms of sales. Beginning in July 2020, Amazon changed how sales were rewarded. Larger sellers, as a general rule, tend to get the vast majority of sales now.  Smaller sellers have to cut prices to get sales.  In many cases, there are minimum advertised prices. So if Amazon does not share sales, some sellers will simply be cut out of the business.

Amazon likes the massive benefits of more than half of its inventory being owned by its sellers. It allows them a huge offering advantage over its competition, maintaining control without assuming any of the liability.

And if Amazon itself was selling the same product, the company will often get all of the sales — sometimes when it is not even offering the lowest price. Amazon is unfairly using its massive marketplace to enrich its Retail division.  In addition, Amazon’s Private Label division has full access to sales information for sellers on the platform. Over the years, Amazon has used this information to copy products and then push their versions over all others. The company claims to have protections in place for seller data, but former Amazon employees and whistleblowers have stated that it does not follow its own policies on this.

Meanwhile, sellers are not quite as lucky if Amazon — the judge and juror — finds they have broken its often-arbitrary policies. Sellers who use the platform have reported being permanently suspended for no valid reason simply due to glitches in the system and having Amazon refuse to release funds owed. While Amazon may be legally required in some cases to withhold funds, such as if counterfeit or knock-offs are suspected, sellers have had to use arbitration or sue to get their funds released — all without any interest paid.

To get their account — oftentimes, their entire livelihood — reinstated, sellers are often required to first admit guilt prior. The team that makes decisions on suspension matters accepts “Plan of Action” documents akin to legal briefs and rules on the future of your business with very limited ability for appeal outside of arbitration. Sellers that do go to arbitration find themselves at a disadvantage given the fact that most of them have already admitted to having violated Amazon’s terms, which can drag on for years.

Worse, Amazon often attempts to deflect liability onto sellers on the platform. In California, for example, the state demanded sellers pay all the uncollected sales taxes going back years. The problem with this situation is that under longstanding state law, Amazon was responsible for collecting tax on behalf of its sellers. Rather than standing up for its sellers or using its record-breaking profits to cover these costs, Amazon simply handed over all the information on its sellers to the state.

This is nothing like being a supplier for a brick-and-mortar retailer. For instance, Amazon has been allowed to avoid laws on food storage that retail competitors are required to follow. Or how Amazon regularly refuses to accept valid legal documents, including invoices and children’s safety testing documents, that are routinely required to be sold on store shelves. Amazon has been removing toy items for the last few years over child testing documents, even after receiving documents that are legally required — only to turn around and continue selling that same product themselves. Many sellers suspect that this is all an attempt to push out third-party sellers on some items, forcing larger brands to choose between not having their products offered on the marketplace at all or selling directly to Amazon.

Amazon decided years ago it wanted to be a marketplace. With that came benefits such as being able to offer millions of products that were consigned by sellers. They were able to grow their business substantially because of it. They are the dominant marketplace in online commerce and need to be forced if necessary to behave as a fair arbitrator of their marketplace. Anyone who sells online knows it is near impossible to be successful without Amazon — simply put, Amazon is the market.

Paul Rafelson is executive director of the Online Merchants Guild. He wrote this for InsideSources.com.