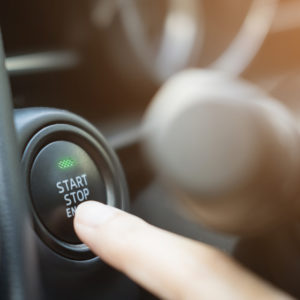 Smart Key Systems Are Increasingly a Target for Car Thieves

In the early 2000s, the music industry attempted to combat illegal song downloads with an ad campaign that stressed that if you wouldn’t download a car, you shouldn’t download music for free. At the time, car theft by computer seemed ludicrous. The increasing popularity of smart key features in new automobiles is showing that theft by computer is not so unlikely as it once seemed. Even though cars with smart entry systems are still only a fraction of the vehicles on the road, they are an increasing percentage of the vehicles stolen.

Keyless entry and ignition systems transmit an encoded signal to a receiver in the car, which signals it to unlock or start. Thieves have developed devices that amplify these signals in order to unlock cars even when the key itself is indoors. To prevent this from happening, security experts recommend that drivers should keep their key fobs in a metal key box that blocks radio signals, or even in the freezer.

If this seems a bit ludicrous, the statistics suggest that the concern may be warranted.

Cars with smart key systems are still only a fraction of overall stolen vehicle numbers, but are already showing up on lists of frequently stolen models. Four out of the top five most frequently stolen models are between 12 and 20 years old, manufactured well before smart keys were an option. Even so, 2016 Toyota Camrys and 2015 Nissan Altimas and Toyota Corollas made the top 10 most stolen list. These cars come with the keyless start feature.

(The thefts show how quickly criminals can adapt to new technology. As recently as 2009, automobile magazines were reassuring their readers that hacking keyless entry codes was hogwash.)

On the whole, motor vehicle thefts have decreased by more than 35 percent since 2007. More recently, though, the numbers are beginning to creep up again. Between 2015 and 2016, the rate of auto thefts across the country increased by 7.6 percent. Thefts also increased in 2015. This increase in auto thefts is somewhat of an anomaly: overall, property crimes have been decreasing across the country.

Although car thefts are increasing across the country, the trend is particularly noticeable in the West. When observers first noticed the uptick in car thefts in 2015, regional increases in the West accounted for almost all of the bump. That year, car thefts decreased by between 5 and 3 percent in the Midwest and Northeast, even as they increased by 6 percent in the West. To be even more specific, thieves are targeting California. The state was home to six out of the ten top “car theft hot spots” in 2016, according to the National Insurance Crime Bureau, a reflection of both demographics and state laws which have reduced the classification of some felony thefts to the level of misdemeanors.

Unfortunately for drivers, even as thefts increase, the odds of having a vehicle returned are rather low. Nationwide, the average recovery rate for stolen vehicles is only 46 percent.

Thefts by smart key hacking are particularly difficult for police to solve because there is little evidence left behind. Unlike breaking a window or hot wiring a car, hacking a smart key does not leave any physical damage. Instead, drivers come back to find their property–including potentially the car itself–missing.

When it comes to theft by smart key, not all cars are created equal. Certain models and makes are easier for theives to hack than others. For example, even as older Honda Accords top lists of commonly stolen vehicles, newer Accords are increasingly less likely to be stolen because of the upgraded anti-theft technology they have.

So far, introducing these sorts of changes has been left up to the manufacturers. Several members of Congress are considering measures to regulate automotive data security.

Democratic Senators Ed Markey of Massachusetts and Richard Blumenthal of Connecticut have made the issue a pet concern of theirs, introducing legislation in 2015 and 2017 that would have mandated federal standards for automotive data security. The law was very similar to legislation introduced in the House, and would have created new privacy and anti-hacking standards to be enforced by the National Highway Traffic Safety Administration. The bill has not yet made it out of committee.

In the mean time, municipalities are struggling to handle a sudden increase in auto theft. Last year, San Francisco police received more than 30,000 reports of car break ins or thefts, making arrests in fewer than 2 percent of these cases. Car owners unlucky enough to have a vehicle stolen have complained about a bureaucracy that seems more focused on paperwork than locating or recovering stolen vehicles.

The digital age may be able to track your iPhone, your watch, and possibly your shoes. When it comes to keeping track of your car, though, going digital may complicate the situation.