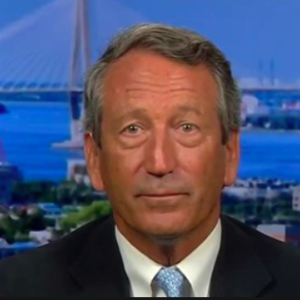 So, Is Gov. Mark Sanford Running—Really?

“I’m giving it a 30-day read,” the Charleston, SC Republican said. “If there’s the interest and the passion, I’m very serious about getting in the race.”

Sanford, who lost a GOP primary to keep his congressional seat in 2018, is well aware of President Trump’s strong polling among Republicans.  But he says the case for dealing with the soaring deficits, increased government spending and massive federal debt must be made.

“I’ve taken a close look at the numbers, and it’s alarming. I believe we are on a knife’s edge. We can’t wait four or five years to deal with our debt, deficits and spending,” he said.

On Wednesday, Sanford released a campaign-style video hitting the themes of debt and taxes. “You can have a parade in Washington with lots of military equipment…you can avoid talking about [the national debt] in our presidential campaigns, but these things don’t make us strong, and they don’t make the problem go away.”

Sanford knows that returning to politics means running the gauntlet of “Appalachian Trail” jokes, not to mention attacks from President Trump, but says the danger to the American economy from politicians freed of all fiscal restraint is too great to be ignored.

“Watching the Democrats’ debate, with people just throwing out trillion-dollar healthcare plans and promising to give away $1,000 checks, it was like they were all in la-la land. If we don’t make the case for fiscal responsibility on the Republican side, the entire debate is just going to be ‘more vs. more.’”

Sanford said he’s already had a preview of what it might be like when he appeared on ABC’s “The View” on Thursday. “They went straight to it, of course.”

“It’s a chapter of life that I regret, that I have said I’m sorry for, that I repent of, and I move on,” Sanford said on ABC. “If I indeed get into which race, I know it’s a point of vulnerability, but it’s also a point of strength because if you learn from your mistakes, you become a better person for them.”

Sanford tells InsideSources that his 30-day process of deciding about a POTUS race definitely includes a visit to New Hampshire, particularly given the Granite State’s long tradition of advocating for fiscal conservatism.

“New Hampshire is a good place to have this conversation,” Sanford said.