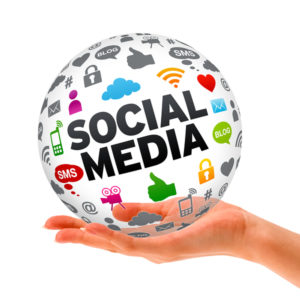 It’s no secret conservatives are unhappy with how social media platforms like Facebook and Twitter moderate. Following the Capitol riots and subsequent decisions these businesses made to remove harmful content and high-profile individuals like former President Donald Trump from their platforms, many on the right are saying the large social media companies wield too much power over public discourse. Some even argue social media sites are effectively modern “public squares” that should be prevented from moderating most forms of content by the First Amendment.  Justice Clarence Thomas even entertained this idea in his latest Supreme Court concurrence in Biden v. Knight First Amendment Institute.

However, social media sites like YouTube, Facebook, and Twitter aren’t government actors. In fact, they have First Amendment rights of their own. This much was made clear in the Ninth Circuit’s well-considered decision in Prager Univ. v. Google, where the court found that “[d]espite YouTube’s ubiquity and its role as a public-facing platform, it remains a private forum, not a public forum subject to judicial scrutiny under the First Amendment.”

Not content to let sleeping dogs lie, some have turned to alternative tactics to force social media to moderate less: the common law concept of “common carrier.” This approach has even drawn support from well-established legal thinkers like Philip Hamburger and Richard Epstein. But the truth is, social media sites are not common carriers, and given the restrictions and regulations common carrier status would force onto social media, conservatives shouldn’t want them to be.

“Common carrier” is a centuries-old legal term that applies to businesses like railroads and telephone companies. Unlike private or contract carriers, common carriers provide their services to the general public without distinguishing between their customers or deciding what they will and will not carry.

As a result, the classification of common carriers and the nondiscrimination requirement attached to it would effectively prohibit social media from engaging in almost any content moderation. This would look very different from similar restrictions on telephones and railroads that have little incentive or ability to moderate what their services are used for.

Making it illegal for social media platforms to moderate content would result in a Mad Max-style, anything-goes internet. Children would be subjected to some of the worst parts of the internet and platforms would be powerless to create safe ecosystems free from unwanted, offensive, and profane material. People just trying to watch cat videos or connect with their family over Facebook would be forced to wade through a sea of unseemly content, such as racist posts or pornography.

Conservatives should always feel empowered to criticize content moderation decisions they disagree with. Conservatives who feel a site is removing rule-abiding political content should voice their concern, but treating social media sites as common carriers won’t neatly solve concerns about conservative bias online. Rather, it would entirely upend how the internet works, ruin the ad-supported free social media market and fill the internet with all forms of harmful and inappropriate content.

Courts have specifically held that “the term ‘common carrier’ describes not the legal obligations of a company but how the company does business.” Nondiscrimination is the central characteristic that distinguishes common carriers from other private businesses like social media. AT&T’s categorization as a common carrier comes precisely because it doesn’t discriminate, rather than a political desire for AT&T not to do so.

Social media platforms, on the other hand, take pride in and market themselves on their community standards and moderation practices. They explicitly identify the type of content and user they won’t host. Social media’s entire business model is thus predicated on deciding what they will and will not carry. Content moderation is—at its core—about removing or limiting users and content that don’t fit into a site’s unique community standards. The way a social media site enforces these standards is integral to that site’s success. Because social media sites operate so differently from common carriers in their intentional and pervasive moderation practices, they legally couldn’t be categorized as such.

As the debate over the government’s role in overseeing tech continues, conservatives should fully analyze the implications of proposals about how to regulate online platforms. They should be aware, for example, that attempts to force social media sites to host all content will only lead to an abundance of inappropriate and harmful content that no one wants broadcast to users of all ages. They should also be aware of the legal realities and restrictions, not only of common carrier categorization but also of the First Amendment. Facebook is nothing like AT&T, and nor should conservatives ever want it to be.

Trace Mitchell is Policy Counsel at NetChoice, a trade organization. He wrote this for InsideSources.com.