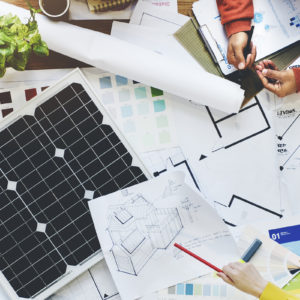 Solar energy posted strong growth last year as lower prices lead to additional installations around the country. Since the latter half of 2017, though, the industry has been worried that protective tariffs meant to help domestic producers could in fact hurt the broader industry. The proposed tariff has been a topic of intense debate since late summer. At each stage of the process, solar industry groups, clean energy proponents, and others have pushed back on Suniva and Solar World’s claims, saying that the businesses failed because of poor management, not unfair foreign competition. In the end, the decision is left to President Trump, who is predicted to issue a decision by January 26, the statutory deadline. Trump’s decisions on the solar panel tariffs has the potential to dramatically reshape the industry, potentially hampering its expansion even as companies adjust to changes in the tax code.

One of the most immediate areas of concern is job loss, which was the focus of a “final plea” letter sent to Trump by the largest solar energy industry group.

“A decision to impose high tariffs in line with the International Trade Commission’s recommendation will lead to the layoff of tens of thousands of workers, cause companies to stop investing in the United States and bring an American economic engine screeching to a halt,” wrote Abigail Ross Hopper, president of the Solar Energies Industry Association (SEIA).

On Wednesday, Trump strongly implied that he did want to impose tariffs, telling a Reuters reporter that foreign companies were dumping “government-subsidized” panels.

“They dump the panels, then everybody goes out of business,” Trump said.

The ITC has already recommended that the president take action to protect the domestic solar industry. Even so, a broad range of options are left open to the president, including doing nothing at all. With a decision expected almost any day, different industry players have put in last minute pushes for reform.

“A robust tariff will allow Suniva to restart its factories and rehire employees,” said a spokesman for Suniva, one of the two companies that brought forth the trade dispute.

Simultaneously, other industry figures argue that enacting a tariff will discourage the installation of solar panels by raising the overall consumer price of new panels. This in turn would hurt installation jobs and lower the overall adoption rate of solar energy.

At its heart, the issue shows a split within what has been considered the “solar industry.” The United States both manufacturers and installs solar panels. Some 260,000 people work in the overall solar industry. However, only about 14 percent of them work manufacturing solar panels. In fact, much of the growth in solar installation and, by extension, jobs for solar panel installers, was fueled by access to lower-cost PV cells from overseas.

Unlike manufacturing jobs, installation jobs are located throughout the country. As a result, a tariff that dis-incentivized the adoption and installation of solar energy around the country would likely result in widespread pain for the solar installation industry.

In its letter to the president, the SEIA quoted several businesspeople in this industry, such as Li-Anh Bayard, a project administrator at Swinerton Renewable Energy, who said, “When we first heard about the trade case at the site, everyone immediately started signing letters to their congressmen and women to let them know how important these jobs are not only to the solar industry, but local communities.”

Tariffs already have an uncertain record of success when it comes to helping the solar industry. During the Obama administration, tariffs were placed on certain Chinese-manufactured solar panels both in 2013 and 2014. Despite this, nearly 90 percent of solar panels installed in the U.S. are imported, with the bulk of them coming from China.

In addition, under World Trade Organization rules, protective tariffs could be challenged by other countries who also have the right to enact retaliatory policies. This international pressure has been successful in forcing American tariffs to be overturned in the past. The most recent trade case failed under the same section as the present solar panel case was on foreign steel in 2001. Those tariffs were overturned within 21 months due to international pressure.

As the final days count down, the domestic solar industry is carefully watching Trump’s America First philosophy, in hopes that, at least this time, he might forgo a tariff in favor of supporting the industry as a whole.