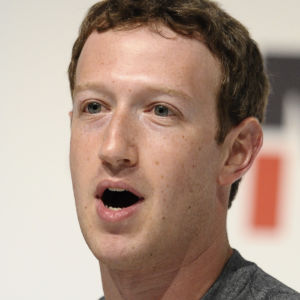 Some Republicans on Wrong Side of Big Tech Battle, Polls Show

Ohio Rep. Jim Jordan is known for being an outspoken, pro-Trump Republican who has the strong backing of his GOP base. Except for his stance on regulating Big Tech.

A new poll of Ohio’s 4th Congressional District finds 81 percent of voters fear executives of large technology companies like Google, Apple, Facebook, and Amazon have too much power, and 87 percent want the federal government to do more to curb abuses by Big Tech firms.

Meanwhile, 57 percent of voters nationwide think the government should increase its regulation of technology firms, according to Gallup.

A bipartisan group of legislators has proposed the American Innovation and Choice Online (AICO) Act. The AICO Act, which puts in place new rules and standards for large technology companies, is sponsored in the U.S. Senate by Sens. Amy Klobuchar (D-Minn.) and Chuck Grassley (R-Iowa).

The House version, backed by Reps. David Cicilline (D-R.I.) and Ken Buck (R-Colo.), is already out of committee and ready for a vote.

The AICO Act is designed to prevent big tech platforms (those with at least 50 million active monthly U.S. users) from giving unfair preferences to their own products and services over those of other businesses using the platform. It would also prohibit big companies like Amazon and Google from unfairly limiting the ability of other businesses to compete on the platform.

The issue has divided the GOP. Some Republicans, like Jordan and Rep. Cathy McMorris Rodgers (R-Wash.), say they fear new regulations that would result in Big Tech teaming up with Big Government. They want to leave the tech giants largely unregulated.

But Louisiana Sen. John Kennedy, another outspoken, pro-Trump Republican, has a different view.

“Big Tech has a track record of unfairly limiting consumer choices and thwarting free-market competition. The American Innovation and Choice Online Act would help offer consumers more options at competitive prices from businesses online, which is what the American economy is supposed to do best,” he said.

Eleanor Fox, a professor of trade regulation at New York University School of Law, said America’s antitrust laws are out-of-date relative to the rest of the world, even as its tech companies have grown more powerful.

“It would have been better if it had been the other way around, if our deficit in antitrust legislation had been addressed,” she argued. “The American Innovation and Choice Online Act is piecemeal, but it’s better than nothing, and at least it would bring the U.S. more in line with the rest of the world, in that it would acknowledge that there are these gatekeeper platforms where a gatekeeper suppresses rivalries.”

“It’s basically to say that the gatekeeper cannot suppress the rivalry of the firms on its platforms when it competes with them,” she said.

Jordan has put forth several Big Tech regulation proposals of his own, including a modification of Section 230. But technical propositions such as those may be too little for an American public that is increasingly eager to see Silicon Valley’s largest players brought to heel.

“Voters, and especially Republican voters, are increasingly demanding action from Congress to rein in the power of Big Tech,” says Jon Jon Schweppe with the American Principles Project. “This naturally puts Republican politicians who have been friendly with the Big Tech companies in the past in a tough spot. But voters won’t be satisfied with feigned action — they want results.

“Monopolies that engage in illegal, anti-competitive behavior, such as unfairly preferencing their own products or services, distort the free market and prevent new entrants from innovating and competing. The free market only works when everyone plays by the rules,” Schweppe added.

Jordan’s office did not respond to requests for comment.

Peter Cartessen, a professor emeritus of antitrust law and competition policy at the University of Wisconsin-Madison, says the challenge presented by Big Tech will have to be solved by Congress, not the courts.

“The policy problem is how best to respond now to the concentrated markets and consequent dominance of these firms,” he said. “Because of the ways in which the courts, especially the Supreme Court, have interpreted antitrust law, there is more reason to look to legislative fixes.”