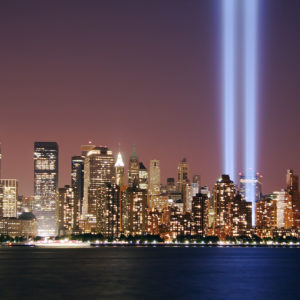 Should sovereign immunity apply to terrorists? A handful of Republican senators apparently think so.

Sovereign immunity is the legal doctrine that limits the civil liability of the government — and those who act on its behalf.

But sovereign immunity was never meant to shield terrorists — certainly not foreign ones. Yet that is exactly what a bill being pushed by Republican Sens. John McCain and Lindsey Graham would do.

The legislation would “fix” the recently passed Justice Against Sponsors of Terrorism Act (JASTA) in the same way you “fix” a puppy. But instead of merely rendering the pup incapable of having pups of his own, the “fix” being pushed by McCain and Graham would geld the ability of victims of terrorism (and their families) from suing in civil court.

JASTA amended the Foreign Sovereigns Immunities Act and was written specifically to address the issue of giving the 9/11 victims a day in court to find out the truth about who aided the attacks. It was passed (97-1) this fall over President Barack Obama’s veto.

Pre-JASTA, it was a legal requirement that a foreign country be officially designated a state-sponsor of terrorism before any U.S. citizen could bring a civil suit against the government of that country or any of its nationals alleged to have been working for it, or assisted by it.

JASTA created an exception for the victims of the 9/11 attacks, which were perpetrated principally by Saudi nationals.

As Saudi Arabia is an ally of the United States, this tweaking of law was essential in order for for civil litigation to move forward.

It is understandable that Obama would veto JASTA, purely for political reasons. The legislation was promoted by Republicans, in particular former New York City Mayor Rudy Giuliani and also publicly supported by then-candidate (and now President-elect) Donald Trump.

Notwithstanding the legislation’s importance to the families of the victims of 9/11, it was apparently more important for Obama to not hand Republicans — and the Republican nominee — a legislative victory so close to a presidential election.

But it’s bizarre to discover Republicans like McCain and Graham effectively doing Obama’s bidding post-election, working to make it much harder for the families of those killed (and injured) by the 9/11 attacks to at least have a day in court to expose the evildoers who committed the attacks.

Victims like Stephanie Ross DeSimone, who was two months’ pregnant when her husband — Navy Cmdr. Patrick Dunn — was killed when the Pentagon was attacked.

The question bubbles up … why?

The kingdom is not just an ally, it is a powerful one. Money — and oil. That carries a lot of weight in Congress, notwithstanding that 15 of the 19 Islamic terrorists who struck on 9/11 were Saudi citizens. Even though Osama bin Laden himself had royal connections.

It’s worth recalling that special dispensation was given members of the bin Laden family immediately after the 9/11 attacks. They were given a unique exemption to fly home when every other American was grounded, wherever they happened to be.

And who can forget Obama’s embarrassing genuflection before the king himself — subject-to-master-style?

Is it coincidental that the two heaviest-hitting supporters of the JASTA fix — McCain and Graham — are also very good “friends” of the kingdom?

A memorable line from one of the “Mad Max” sequels comes to mind: Who runs barter town?

According to Politico, the Kingdom of Saudi Arabia — which means the Saudi royal family — has “hired prominent lobbying firms to aid in their fight for weakening or repeal of JASTA.”

McCain and Co. claim their “fix” is only meant to prevent tit-for-tat retaliatory lawsuits by other nations: “I don’t want any nation state, including ours, to be sued for a discretionary act unless that discretionary act encompasses knowingly engaging in the financing or sponsorship of terrorism,” says Graham.

But JASTA would not upend international protocols — as implied by McCain and Graham. In fact, a very specific exemption to existing laws and procedures applicable only to the perpetrators of the 9/11attacks was the entire point of the original JASTA legislation.

The “fix” proposed by McCain and Graham — raising the evidentiary bar, among other not-niceties — would make it almost impossible for the victims’ families to obtain redress in civil court.

Terry Strada, chairman of the 9/11 Families and Survivors United for Justice Against Terrorism, blasted Graham personally, stating that he and other lawmakers pushing to modify JASTA are “stabbing the 9/11 families in the back” and trying to “gut” the original legislation.

Which, incidentally, Graham had previously supported.

What caused him to do a parking brake 180? To get on board with — of all people — Secretary of State John Kerry, who (on behalf of Obama) has publicly kowtowed to Saudi Foreign Minister Adel al-Jubeir?

Could it be the influence of those deep-pocketed K Street lobbyists mentioned by Politico?

The family-run Saudi Press Agency says it must be immunized from JASTA, threatening “serious unintended consequences” if not. But why is the Saudi government so agitated if it didn’t have anything to do with the 9/11 attacks (even peripherally)? That it is so agitated suggests something unsettling.

As do the actions of McCain, Graham and others who seem to want to avoid any revisiting of the events of Sept. 11, 2001 — even if it means denying justice to the thousands of American citizens whose lives were ended or forever changed on that day.