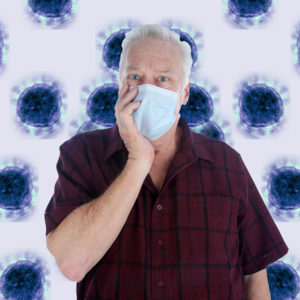 Bit by bit, piece by piece, in state after state, the lockdowns are lightening. Does that mean COVID-19’s carnage is getting worse?

Yes, if the narrative pushed by many in the media can be trusted.

Breathless accounts of actual or potential novel coronavirus “spikes” in states, counties, cities, workplaces, and nursing homes are abundant. But based on the latest numbers, InsideSources has learned that these anecdotes belie a fundamental truth that far too many in the media refuse to accept: Overall, the data are encouraging.

Virginia, Newsweek recently reported, experienced its “biggest daily increase in new cases since the pandemic began.” Unmentioned, as a health official told InsideSources, was the inconvenient reality that the commonwealth’s “percent positivity 7-day moving average is going down.”

And how. The latest data show that between April 19th and May 29th, the share of tests confirming COVID-19 infections for Virginians tumbled from 22.2 percent to 11.9 percent.

The stats are so good, the five metrics Gov. Ralph Northam established to commence Phase 1 of “Forward Virginia” — including a declining trend in hospitalizations — were met, last month, in much of the Old Dominion. Excepting suburban D.C., Accomack County, and the City of Richmond, the commonwealth entered Phase 1 more than two weeks ago.

Reporters and pundits who seize on any factoid indicating an increase in coronavirus cases and/or deaths expose their innumeracy, often in embarrassing ways.

The John Locke Foundation noted that it is impossible to “tell the significance of a raw number of cases from a single day’s batch of tests. For proper comparisons, it’s just as important to know how many people were tested, and… the trend over time.”

As trumpeted by the state’s Department of Health and Human Services, May 23rd did indeed produce the “highest one-day number of laboratory-confirmed COVID-19 cases with 1,107 cases reported.” But Sanders observed that 26,358 tests were performed that day — more than twice the tests conducted on May 21st, the previous peak. Thus, “the percent of tests returning positive the 14 days ending May 23rd… hit a new low.”

In many states, the story is the same. Texas dropped its seven-day positivity rate from 13.9 percent on April 13th to 5.4 percent on June 1st. Florida has enjoyed a similar decline. So has Arizona. Since cresting at 25.5 percent on April 15th, Colorado has cut its rate to a mere 3.8 percent.

And then there’s Georgia.

Its “statewide shelter in place order” ended on May 1st. In late April, a headline in The Atlantic thundered that loosening the lockdown amounted to an “Experiment in Human Sacrifice.” Amanda Mull, a staff writer for the magazine, charged that “Georgia’s brash reopening puts much of the state’s working class in an impossible bind: risk death at work, or risk ruining yourself financially at home.”

Governor Brain Kemp’s back-to-normal approach was, she inveighed, “a morbid experiment in just how far states can push their people,” making “Georgians… the largely unwilling canaries in an invisible coal mine, sent to find out just how many individuals need to lose their job or their life for a state to work through a plague.”

So far, the human-sacrifice experiment is failing. Badly.

Since May 1st, new, daily cases have flatlined. In addition, the seven-day average for daily fatalities in the Peach State dipped from 37.4 on the 1st of the month to 32.7 on June 2nd.

The final chapter of 2020’s coronavirus pandemic has not been written. But post-lockdown America is beginning to bolster some epidemiologists’ doubts about the lengthy, one-size-fits all suspensions of personal freedoms and economic activities that were imposed to “protect public health.”

Someone should tell the media.