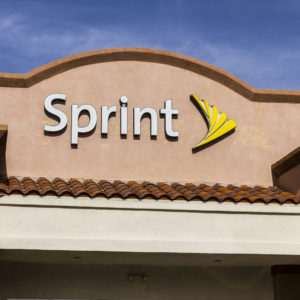 Posted to Technology May 16, 2017 by Giuseppe Macri

Sprint and broadband provider Windstream are suing the Federal Communications Commission over major shift in policy critics say will foster a monopoly environment in the high-capacity business internet market, where both rent network space from larger providers.

Instead, President Donald Trump’s pick to lead the agency, FCC Chairman Ajit Pai, deregulated BDS markets with one competitor “nearby” or within “a half mile.”

Sprint and Windstream are among critics saying the move allows a duopoly and sometimes a monopoly to meet the FCC’s standard for competition, since more than a decade of the FCC’s own data reveals 73 percent of the BDS market is only served by one provider and 97 percent served by only one or two.

Both companies filed a lawsuit against the FCC in the U.S. Court of Appeals for the District of Columbia last week, asking that Pai’s order be declared illegal and thrown out.

“Sprint has made its position on the state of the BDS market clear and, in light of the Commission’s decision, we have decided to exercise our right to seek a review of the FCC’s decision by filing a Petition for Review,” the company said.

The providers describe the plan as “arbitrary, capricious, and an abuse of discretion” in their lawsuit and requested the court “reverse and hold unlawful, vacate, enjoin, annul and set aside” Pai’s plan “and provide such additional relief as may be just and proper.”

Sprint and other smaller providers say large BDS providers have for years forced them into strict terms of service, charged anticompetitive rates, and made it harder for smaller providers to transition and upgrade to newer IP-based networks like fiber.

The Internet Innovation Alliance (IIA), a pro-deregulation policy group whose members include AT&T, argues the market is “highly competitive.” BDS services by cable providers are growing at a rate of 20 percent annually while $23 billion of the total $45 billion in BDS revenue in 2013 went to small providers, according to figures released by IIA.

The lawsuit alleges the FCC violated the Administrative Procedure Act by not seeking comment on Pai’s plan specifically before it was passed, a complaint many leveled against the agency leading up to the vote.

On the day of the vote, Pai responded to those complaints, noting the BDS proceeding “was launched way back in 2005,” and that “a dozen years of deliberation is enough.”

“Organizations calling for delay urged BDS action late last year, vouching for the robust record of evidence before the FCC now,” the chairman said referring to the weight small providers like Sprint threw behind Wheeler’s proposal last year before calling on Pai to delay his this year.

Contrary to Pai’s, Wheeler’s plan found “competition remains stubbornly absent” in much of the BDS market, and proposed regulations “to ensure that non-competitive market conditions do not disadvantage business customers and their ability to compete and innovate in downstream markets.”

Republicans in Congress warned Wheeler to hold off on a vote for the plan scheduled late last year after then-candidate Trump won the 2016 presidential election.