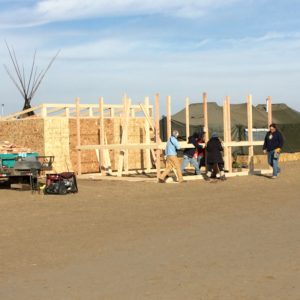 Mandan, N.D. — Protesters of the Dakota Access Pipeline have taken to social media to continue to voice their outrage over the crowd control methods used by law enforcement against protesters late Sunday night. While the protesters maintain a strong social media presence, which they call “#NoDAPL solidarity,” on the ground, they work to control journalist access to the protest site. This may be related to possible violations of the permit allowing the protest to take place on federal land. These violations were witnessed by InsideSources reporting from the site on Tuesday. 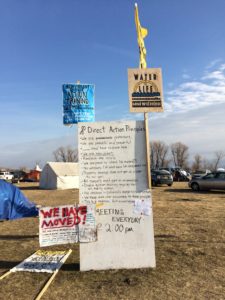 On its official website, the Camp of the Sacred Stones states that it welcomes media, but posts a list of guidelines, which begin by telling journalists that their access to the site will be limited. First on the list of media guidelines is the statement that “ALL MEDIA MUST CHECK IN WITH SECURITY UPON ENTRANCE TO CAMP AND MAY NOT WANDER CAMP WITHOUT AN ESCORT.” The website says that this measure is to ensure that sacred rituals are not disturbed by photography.

The camp then asks interested media outlets to contact them via email. However, when InsideSources contacted them with specific questions, it received only an automated response. The lack of response makes getting an official statement on new developments very difficult, particularly given the unstructured nature of the protest. 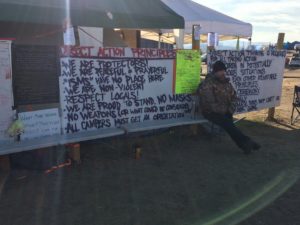 On site, the only people seen with coveted red media badges belonged to the “Indigenous Environmental Network,” a group directly tied to Native American environmentalism.

The camp is able to discourage direct media attention because of its remote location and its geography. In the name of security, the protest camps are fenced off where they are not bounded by the river. Anyone coming into the camps must pass through a security checkpoint, which is staffed by volunteers from the protest. 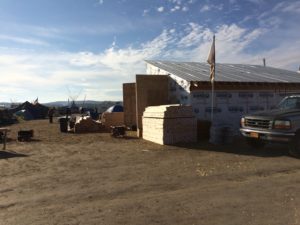 Despite the “No photography” signs on either side of the camp entrance, the attempt to limit the exposure of the camp falls short in the age of the smart phone and social media. Selfies are just as common at the Sacred Stones camp as they are in the rest of the country. (One section of the protest camp is even nicknamed “Facebook Hill.”) So while news groups may find it difficult to shoot video on the site, hundreds of pictures are taken every day.

The media restrictions also make it more difficult to discuss the protest with those who have come to join it. Instead, comments come primarily through posts to the group’s website and social media accounts. 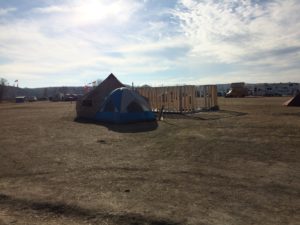 Signs found throughout the camp also state the protesters are expected to be “non-violent”and “respect locals.” Also, protesters should carry “no weapons (or what could be considered one).” But violent attacks on police have repeatedly been launched from the protest camps, and area residents complain that local food banks have been depleted and cattle have been stolen and butchered. 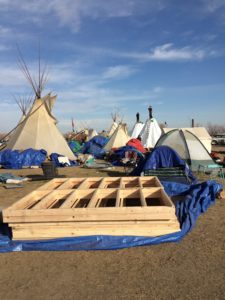 In contrast to the unwelcoming media environment at the camp, local law enforcement has made a conscious effort to communicate with reporters about the developments at the protest site. The Mandan Police Department has assigned a staff member specifically to handle media requests. Since the recent unrest has led to a surge of interest in the protest, the police department also asks those interested to check its website for regular press releases.

Meanwhile, the Morton County Sheriff’s department posts regular updates, including video of question and answer sessions, on its Facebook page. 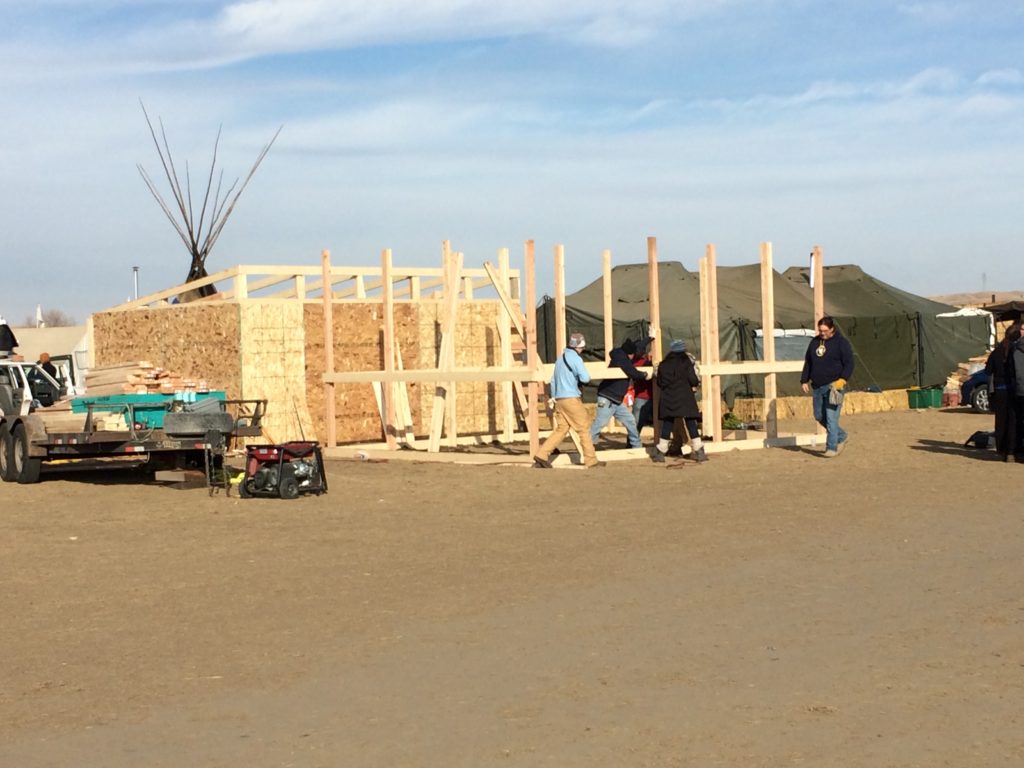