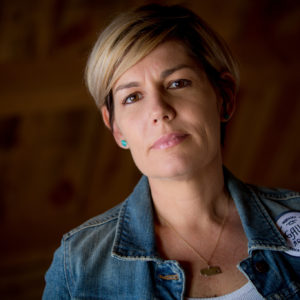 The pipeline protesters camped alongside the Missouri River in North Dakota have boasted for months about their self-sufficiency. Thousands of small donors on sites like GoFundMe have raised millions for the camp. However, the protest also has ties to left-wing activism groups funded by liberal billionaires George Soros and Tom Steyer. In particular, the Standing Rock camps have both received material support from and are currently directing volunteers to other campaigns run by a group known as Bold Alliance.

Bold Alliance is an umbrella group which began by protesting the Keystone XL pipeline in Nebraska. It now has chapters in a total of four states–Nebraska, Iowa, Oklahoma, and Louisiana–and is a supporter of the Standing Rock protests in North Dakota. This fall, Bold Alliance raised tens of thousands of dollars to donate solar panels to the protest camps.

Now, it has begun its own protest camp in Louisiana to try to halt the construction of the Bayou Bridge pipeline. Considered by some to be the terminus of the Dakota Access Pipeline, Bayou Bridge would transport oil from Texas to refineries and export terminals in Louisiana. In a recent update to the DAPL protest website, the Bold Alliance protests in Louisiana were listed as one of 10 pipeline projects to resist in 2017.

In short, the DAPL protests have both helped and been helped by the Bold Alliance group. However, unlike the North Dakota protests, Bold Alliance has maintained ties to well-known wealthy donors from its inception.

Leading both the Bold Alliance and the protests in Louisiana is Jane Kleeb, who is also head of the Nebraska Democratic Party. From the beginning, Kleeb used her ties to wealthy donors to help build an organization that looked grassroots, but in fact sold an agenda of its donors. The first of the Bold Alliance state chapters, “Bold Nebraska,” was founded in 2010 to promote liberal policies generally. But it only began to gain popularity after emerging as a voice against the Keystone XL pipeline. From the beginning, the group received much of its funding not from grassroots fundraising, but from large donations from wealthy individuals.

The group’s seed money came from Omaha financier Dick Holland, described by a Lincoln, Nebraska paper as “the bricklayer for a progressive infrastructure in our state.” Holland provided enough money to get the project off the ground.

Because of the group’s designation as a 501(c)3 nonprofit, its official donor list is not public. However, several significant donors are tied to the Bold Alliance by other sources. For example, the New York Times reported that Kleeb took fundraising calls with California billionaire Tom Steyer, who has a financial interest in green energy projects. In addition, the alliance has received donations from the Tides Foundation, itself a beneficiary of donations from George Soros. In fact, in 2012, Tides Foundation donations accounted for one third of Bold Nebraska’s total contributions.

Some of the other trails of funding are even more complex, but still tie back to out-of-state wealthy donors. In addition to money from Steyer, Kleeb’s group receives donations from an organization called ProgressNow (formerly the Rocky Mountain Progressive Network), which itself falls under the umbrella of The Democracy Alliance, a group founded by Rob Stein and funded by George Soros and around 80 other wealthy liberals who each pledged to donate at least $1 million to various left-wing causes.

While Bold Alliance depicts itself as “a network of ‘small and mighty’ groups in rural states,” it was lambasted as a faux-grassroot organization in a 2014 report by the minority staff of the Senate Committee on Environment and Public Works, which called the group “an arm of the Billionaire’s Club.”

“It is nothing more than a shield for wealthy and distant non-Nebraskan interests who seek to advance a political agenda without drawing attention to the fact that they, too, are outsiders with little connection to the state,” the report said.

Kleeb, Bold Alliance’s founder, lives in Nebraska and has family ties to the state. The same cannot be said of Soros, Stein, or Steyer. The group’s connections to Louisiana are even more nebulous. Despite presenting itself as a homegrown group of activists protecting the environment “in a state where government has been hijacked by corporate carpetbaggers and lobbyists,” the Bold Alliance itself relies heavily on outside groups for its funding.

By urging supporters to join Bold Alliance and the Bayou Bridge protests, the NoDAPL movement appears to have moved further from its original grassroots activism and allied with more traditional liberal donors and organizations.

Bold Alliance did not respond to multiple inquiries.