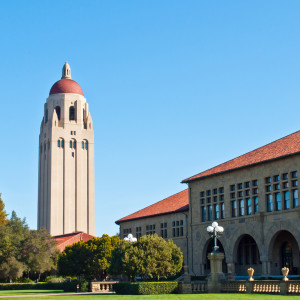 Earlier this week, Stanford University declared that its $18.7 billion endowment would divest of all coal assets. In doing so, Stanford became the wealthiest academic institution to declare divestiture.

The question one may ask is why Stanford chose to become the first high-profile university to act. Again and again, the idea of divestiture has been rejected by other institutions. Just last week, Harvard students blockaded the President’s office in protest of the university’s investments. But last October, Harvard President Drew Faust explained in an open letter to the Harvard Community why divestiture was the wrong move:

Because I am deeply concerned about climate change, I also feel compelled to ask whether a focus on divestment does not in fact distract us from more effective measures, better aligned with our institutional capacities.  Universities own a very small fraction of the market capitalization of fossil fuel companies.  If we and others were to sell our shares, those shares would no doubt find other willing buyers.  Divestment is likely to have negligible financial impact on the affected companies.  And such a strategy would diminish the influence or voice we might have with this industry.  Divestment pits concerned citizens and institutions against companies that have enormous capacity and responsibility to promote progress toward a more sustainable future.

I also find a troubling inconsistency in the notion that, as an investor, we should boycott a whole class of companies at the same time that, as individuals and as a community, we are extensively relying on those companies’ products and services for so much of what we do every day.  Given our pervasive dependence on these companies for the energy to heat and light our buildings, to fuel our transportation, and to run our computers and appliances, it is hard for me to reconcile that reliance with a refusal to countenance any relationship with these companies through our investments.

If other large institutions don’t see the benefits in divestiture, why is Stanford divesting?

Stanford delivered what climate activists are hoping will create a “domino effect” pushing others to also divest from coal. And sitting as a central force with the ability to drive policy decisions at Stanford is none other than billionaire hedge fund tycoon and Democratic activist Tom Steyer.

Steyer sits on Stanford’s Board of Trustees. As the University’s website explains:

Under the provisions of the Founding Grant, the Board of Trustees (with a maximum membership of 38) is custodian of the endowment and all the properties of Stanford University. The board administers the invested funds, sets the annual budget and determines policies for operation and control of the university.

We don’t know exactly what role Steyer played in pushing Stanford to make its decision, but it is clear that as a Trustee, part of his role was to set investment policies. And Steyer has been openly calling on other universities to divest for over a year–as evidenced in this letter to Brown University.

It should also be noted that Steyer and his wife, Kat Taylor, gave $7 million in 2010 to create Stanford’s Steyer-Taylor Center for Energy Policy and Finance.

Steyer’s environmental efforts come after years of profiting off of the energy resources he now opposes. His wealth came from investments that his hedge fund, Farallon Capital, made in coal and other fossil fuels. Kimberley Strassel wrote recently in the Wall Street Journal that after stepping away from Farallon in 2012, Steyer remained invested in coal, even as he became an environmental crusader. That is, until the press noted his hypocrisy. He promised that by the end of last year, he would be divested of coal—though like Stanford, he has remained invested in other fossil fuels.

With Steyer’s influence over the Board of Trustees’ decision to divest, Stanford is serving as a proxy for Steyer’s political battles. Its divestiture does nothing but put political pressure on other institutions while having no impact on the market for coal. While divestiture may be a boost to Steyer’s political goals, it is of no help to the endowments of Stanford or any other university that chooses to divest. If an investor enters the coal market, it is because the investor expects a benefit in that investment that outweighs other potential investments—either through profitability or diversification. Divestiture only limits Stanford’s options and the growth of its endowment while offering no benefit to the environment.