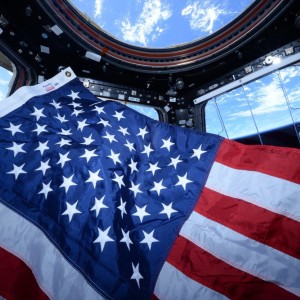 “Star Wars” mania is sweeping the nation this holiday season, but are Americans really that eager to visit a galaxy far, far away?

Nearly half of adults in the United States believe the federal government should play no more than a small role in advancing space exploration, according to recent Pew Recent Center polling. This 48 percent of the voting-age public stands in contrast to the 47 percent would think government ought to have a major role, and partisanship doesn’t appear to factor in the sorting.

Still, there’s only so much to be read into these findings. Pew found strong public support for two specific space-oriented investments, the National Aeronautics and Space Administration (NASA) and the International Space Station. The think tank also noted growing private sector ambition for space travel, which will undoubtedly excite Americans:

Amazon founder Jeff Bezos’ company recently launched and landed a reusable rocket back to Earth for the first time, a feat that fellow billionaire Elon Musk is also attempting. (Beyond rockets, companies are also vying to make commercial space travel a reality for ordinary people.)

Setting aside Americans’ attitudes about actual space exploration, there’s mounting evidence of just how much the country loves the “Star Wars”  film franchise, which got its latest installment this week with “The Force Awakens.” Some recent tongue-in-check polling even showed the U.S. would prefer to elect Jedi Masters Yoda and Obi-Wan Kenobi as president than Democratic front-runner Hillary Clinton or leading Republican contender Donald Trump.

The villainous Darth Vader didn’t fair as well — Americans said they prefer Clinton and Trump when matched up against the Sith Lord. Yet Vader polled higher than many 2016 candidates in a FiveThirtyEight survey last year.

Americans may prefer Republican Donald Trump for president over Darth Vader, but the billionaire businessman and the Sith Lord are one in the same — at least in this recent viral video:

Perhaps the greatest collision of Star Wars and American politics came in 2013, when the Obama administration responded to an official Whitehouse.gov petition to “secure resources and funding, and begin construction of a Death Star by 2016.”

“The Administration shares your desire for job creation and a strong national defense, but a Death Star isn’t on the horizon,” wrote White House science and technology adviser Paul Shawcross. He went on to give three reasons why the space station wouldn’t be built:

Shawcross then listed space-related initiatives the White House was pursuing, including human missions to Mars this decade.