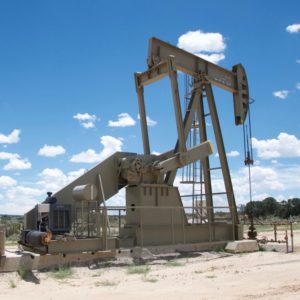 The New Mexico State Land Office predicts the leasing of public lands will yield a record $1.1 billion for the fiscal year that ended June 30, with the oil and gas boom in the state’s southeast responsible for the bulk of the increase. However, the office is diversifying rapidly in case of a slump in oil and gas revenue.

Conservative estimates show land office revenue up from $852 million last year. The land office also estimates oil and gas related income — from royalties, lease sales and other periodic payments — jumped 31 percent to $1.04 billion in FY 2019, up from $791.7 million the year before. The predictions are based on the last three months.

On a percentage basis, however, the biggest increase came from solar and wind energy projects which skyrocketed from $67,000 last year to approximately $603,000 this year, an 800 percent increase. In addition, right-of-way income — revenue attained when operations cross into state trust land — jumped 60 percent, from $15.4 million last fiscal year to $24.7 million this year.

While State Land Commissioner Stephanie Garcia Richard acknowledges that oil and gas land leasing is the largest source of this record-breaking revenue, she is looking to future diversification.

“We’re working really to diversify our revenue stream toward the land office, understanding that the extractive industry is a boom and bust economy and it’s not something we can rely on forever,” she told InsideSources.

The commissioner referred to the New Mexico State Land Office as unique for a “billion-dollar enterprise.”

“Well, we are a business here at the State Land Office and the proceeds of our business goes right back into the community,” she said. “The money we raised here, the $1.1 billion, is specifically for our public institutions — public schools, universities and hospitals in New Mexico.”

“Because our proceeds go directly to these public services that usually are supported by taxpayer revenue, the revenue — that we provide to these institutions — the taxpayers don’t have to make up themselves,” she said. “So, we’ve estimated we save the tax-paying family in New Mexico about $1,500 a year.”

Final revenue numbers for FY 2019 won’t be available until the fall when all royalties are in. But a staff report provided to InsideSources projects $903.8 million for the Land Grant Permanent Fund from FY 2019 activities, up from $690.4 million last year. Another $206.2 million will have gone into the Land Maintenance Fund, up from $161.5 million in FY2018. The estimates were made based on the last three months of the fiscal year that ended in June.

Money brought in by land deals that do not permanently deplete a resource — such as renewable energy, livestock grazing, business leases or planning and development — is deposited in the Land Maintenance Fund, which is distributed monthly to beneficiaries.

Funds from deals that deplete sources — such as royalties paid for the extraction of oil, gas and minerals — is awarded to the Land Grant Permanent Fund and interest is distributed to beneficiaries after investment by the State Investment Council “in businesses all around the world,” Garcia Richard said. The Land Grant Permanent fund currently has $26 million in assets, with only 5 percent going to beneficiaries.

“The State Land Office provides two different, but equally important, sources of income for the public institutions that we support,” she said. “Not only do we distribute funds on a monthly basis, but we are also the sole contributor to the Land Grant Permanent Fund – the third largest public education trust in the nation – which has grown exponentially and provides vital resources to our public schools and other beneficiaries.”

Garcia Richard noted the vast range of development, but spoke to the importance of keeping it dependable.

“We want to encourage responsible development,” she said. “No matter what it is.