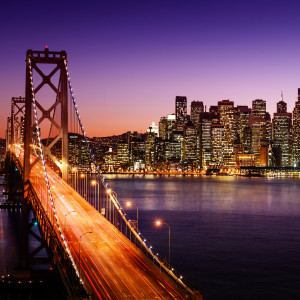 An epicenter of the burst of the dotcom and the housing bubbles, California’s economy had a rough time during the 2000s. The state lost 40 percent of its manufacturing jobs, saw unemployment spike and faced severe budget challenges. However, indicators are finally pointing in the right direction. Unemployment is under 8 percent, the state has posted three straight years of manufacturing job gains, and California saw 3.5 percent GDP growth in 2012 after a 5 percent contraction in 2009 and anemic gains in 2010 and 2011.

The renewed strength and potential of California’s dynamic and entrepreneurial economy was recently highlighted by the Information Technology and Innovation Foundation’s 2014 State New Economy Index (SNEI). Of the 50 states, California ranked third on a wide array of indicators designed to project its ability to compete in a fast-moving, global economy, up from fourth in 2012 and seventh in 2010, behind only innovation-rich Massachusetts and corporate-friendly Delaware.

The state’s improvement in the SNEI ranking is due in large part to its strength in Innovation Capacity and Economic Dynamism, ranking third nationally in both categories (Massachusetts is the only other state to score in the top five in both.) Since 2010, California has improved its Dynamism ranking from 8th to 3rd, thanks to improvements in the sub-categories of Fast-Growing Firms, Entrepreneurial Activity, Inventor Patents and Initial Public Offerings (IPOs.) In fact the state is currently home to over 25 percent of the nation’s IPOs and is home to 254 of the 924 fastest-growing firms in the nation, many of which are in the IT and telecommunications sectors.

In Innovation Capacity, California has seen improved scores in Industry Investment in R&D (12th in 2010 to 3rd in 2014) and in Scientists and Engineers (10th in 2010 to 6th in 2014). California also dominates in venture capital (receiving 53 percent of U.S. venture investments), and ranks 4th in Patents and 5th in High-Tech Jobs.

This renewed vibrancy has helped to rejuvenate the state’s “innovation ecosystem,” a potent convergence of research and innovation in advanced, high-tech industries and a culture of invention and creative destruction. This combination supports high levels of research, fosters startup success, and creates opportunities for new businesses, ideas, products, and processes to replace old ones. California is a clear leader in its ability to generate new ideas, patent them, fund them and bring them to market.

However, despite the good news, California has plenty of room for improvement. The state ranks a disappointing 23rd on globalization indicators (e.g., Exports and Foreign Direct Investment,) and 22nd in Broadband Speed and Access, down nine spots from 2012. California also dropped eight spots to 21st in Manufacturing Value-Added, a bad sign for California’s manufacturing sector which has yet to rebound completely from nadir of the 2000’s.

To continue to lead in the New Economy going forward, California needs to improve its business climate, especially with regard to taxes and regulation. Given the global competition today to create great regional innovation systems, a poor business climate is a drag no state, even a highly innovative one, can afford. At the same time California needs to expand policies that boost its innovation ecosystem, including increasing funding for California’s universities and encouraging public/private research partnerships.  The rest of the world is not standing still and the competition for innovation advantage will only intensify.