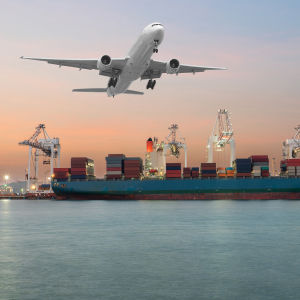 A controversial provision included in a draft environmental review released last week for a West Coast port project could have far-reaching consequences for future developments, not only in the Pacific Northwest but across the county.

Planned for an abandoned industrial site in Longview, Washington, Millennium Bulk Terminals has been at the center of a unique debate due to its planned shipments of Powder River Basin coal to energy-starved markets in Southeast Asia.

The project boasts significant support from a diverse coalition, including the broader business community, many elected officials, agricultural interests, as well as prominent Washington labor leaders. However Millennium and another coal export terminal planned several hundred miles to the north in Bellingham have drawn the ire of the environmental community since they were first proposed more than four years ago.

In an apparent nod to the interests of the latter, the Washington state Department of Ecology and Cowlitz County included a unique provision in Millennium’s scope of review that no other project – in Washington, or the rest of the country – previously had to contemplate: Millennium would be required to account for the cumulative, lifecycle greenhouse gas emissions for its port. This meant that not only would it have to address the local environmental impacts of its project and the commodities moved through the port domestically, but it would also be held responsible for the burning of that coal thousands of miles away.

Along with setting expectations for the remediation of environmental impacts felt around the project site in southern Washington, the draft Environmental Impact Statement (EIS) requires a 50 percent reduction in greenhouse gas emissions from the use of one specific commodity shipped through the port. Project supporters immediately questioned this number as being both arbitrarily established and based on questionable modeling, noting that the report itself seemed to ignore modeling that demonstrated a decrease in carbon dioxide emissions over the life-cycle of the project when accounting for the increase in natural gas use.

“The unprecedented demand to require Millennium to mitigate greenhouse gas emissions that occur on the other side of the globe will create a harrowing process that should terrify any Washington manufacturer or shipper looking to expand its facility,” said Kathryn Stenger, the spokeswoman for a group of pro-infrastructure and pro-trade interests called the Alliance for Northwest Jobs and Exports.

Millennium CEO Bill Chapman said the company is “committed to meeting Washington’s high standards for environmental stewardship and this thorough study shows in excruciating detail how those standards will be met” while adding they will “call into serious question the suspect global modeling used to calculate greenhouse gas emissions.”

Opponents of the terminal lauded the conditions established in the nearly 4,000-page EIS, particularly the responsibility placed on Millennium for overseas fossil fuel emissions.

“The review’s findings confirm what the public has said for over six years: This project has significant, unavoidable impacts — from toxic coal dust to greenhouse gas emissions to traffic delays,” Jan Hasselman, attorney for the Power Past Coal Coalition, said in a statement. “The bad news is the review falls short, relying on unproven mitigation. Now is the public’s chance to weigh in to say no to coal export in Washington.”

The release of the state and county review is just one part of the process. On a parallel track, the U.S. Army Corps of Engineers is in the final stages of its own environmental review of Millennium. Unlike its state counterparts, the federal EIS, which is expected to be released this summer, follows a more traditional review process that considers only site-specific impacts. The split between the various agencies has left some questioning the legality of the state’s review.

“This is largely uncharted territory from both a legal and policy standpoint, and one that could have a significant impact on similar analyses in Washington and other states,” wrote Ross Eisenberg, a vice president with the National Association of Manufacturers. “Manufacturers depend heavily on exports, and conditions placed on one exported product could cascade to other products as well. If those conditions get in the way of trade or unduly delay exports, it could also violate U.S. international treaty obligations under World Trade Organization (WTO) agreements.”

In a state where Boeing, Amazon, and Microsoft are among the three biggest corporate citizens, there is a question of what this precedent-setting provision might mean for other projects. The Washington Research Council wrote on the topic in 2014, warning that such expanded reviews, “could impact international trade and interstate commerce, as well as increase uncertainty for business and reduce the timeliness of the SEPA process. Ultimately, Washington’s competitiveness will suffer.”

It is “an unusual practice to say the least, and has had manufacturers concerned for a long time, given the potential precedent that could be set for all exports of manufactured goods,” added Eisenberg, whose organization represents thousands of manufacturers across the country.

While thankful the process was finally proceeding, many questioned the length of the review and the signal such a protracted, bureaucratic process sends to outside investors looking at Washington as a place to do business.

“Washington’s regulatory process has become longer and more uncertain, which sends the wrong message to investors,” said Kris Johnson, president of the Association of Washington Business. “We are glad to see the release of the draft EIS for Millennium, but remain concerned other companies will not be willing to tolerate the delays of Washington’s permitting system and will not bring the needed investment to our state.”

Larry Brown, the legislative and political director for the IAM & AW District Lodge 751 said, “It shouldn’t have taken four years to do an environmental review on a site that’s been used for industry since the 1940’s. That’s a long time for families to wait for work. We need jobs now.”

After construction, Millennium will support 300 direct and indirect full-time, family-wage jobs and contribute millions in new revenue to county and state coffers. The project would also be a significant private investment in the state’s infrastructure which is essential given the state reliance on trade to drive economic growth.

“The Millennium project will bring much-needed, family-wage jobs to the people of southwest Washington,” said Lee Newgent, executive secretary of the Washington Building & Construction Trades Council. “This community needs the skilled labor and apprenticeship opportunities Millennium will provide for workers who want to live and raise their families in the Longview area.”

Millennium would also be a significant private investment in the state’s infrastructure which is essential to all industries – not just fossil fuels – given the state reliance on trade to drive its economy.

“Washington’s farmers rely on port and rail infrastructure to get their products to markets around the world.  Investment in infrastructure to carry all goods—whether it is wheat and potatoes or coal and airplanes—is crucial to our state’s overall trade picture,” said John Stuhlmiller, the CEO of the Washington Farm Bureau. “Farmers and growers understand the more opportunity Washington has to export, the greater the willingness there will be to invest in the infrastructure to support these exports.  For this reason, we look forward to voicing our support for Millennium Bulk Terminal’s expansion and the investment in added export infrastructure it will promote.”

With the release of the draft EIS, the community now has 45 days to submit comments and feedback on the proposal, or give testimony in person at one of three hearings slated for Longview, Pasco, and Spokane at the end of the month.

“The purpose of a Draft Environmental Impact Statement is to assure just such a hard look,” said Millennium’s Chapman. “The complete absence of significant adverse impacts to the natural environment in the project area is a most significant finding. It reflects what we have said consistently about redeveloping a brownfield site using a world-class terminal design on the right site.”