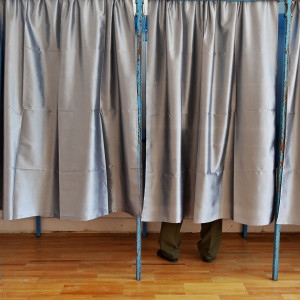 Next week, voters in New Hampshire will cast their ballots in two hotly contested presidential primaries that could determine the direction of the rest of the election. But this year, thanks to a new state voter ID law, many New Hampshire voters’ voices may not be heard at all.

In presidential election years, particularly when there are open contests for both parties, voter excitement is at an all-time high. If past is precedent, more than three times as many New Hampshire voters may go to the polls as in regular, non-presidential state primary years. But this year, for the first time in the New Hampshire presidential primary, voters must show photo identification before they can cast a ballot. If voters can’t produce the ID, they will have to sign an affidavit and then mail a letter back to elections officials confirming their voter eligibility.

This sounds simple enough in theory, but the heaviest burden of such laws falls on new voters, infrequent voters, and voters without access to the information and identification they need to cast a ballot: primarily young people, people of color, low-income voters, and seniors.

The Granite State isn’t the only place where voters’ ability to fully participate in this year’s presidential election is at risk. Voter ID and other restrictive voting laws — passed after Republicans made historic gains in taking over state legislative chambers in 2010 — have made it increasingly harder for voters to cast a vote and know it will be counted.

In Wisconsin, for instance, strict voter ID laws mean that out-of-state driver’s licenses, technical college student IDs, and even veterans’ identification aren’t acceptable forms of voter identification. As many as 300,000 Wisconsinites — largely Hispanic and African American voters — may not be able to vote because of these laws. Meanwhile, Kansas has purged thousands of voters from the rolls for being unable to provide citizenship documents — documents that young voters, low-income voters, and seniors are less likely to have access to.

Alabama passed its own voter ID requirement in 2011, then proceeded to close 31 department of motor vehicles across the state, largely in counties with the highest percentage of African American voters. With these closures, voters living in the affected regions will have long drive times — some up to 45 miles one way, an insurmountable barrier for those without access to reliable transportation — to get the ID necessary to vote.

Fortunately, despite the failures of several states, others are expanding access to the ballot through common-sense reforms. Oregon and California, for instance, have adopted what’s known as automatic voter registration (AVR), where anyone interacting with a state’s department of motor vehicles is added to the voter rolls unless they opt out. Studies have shown that, if every state adopted AVR, as many as 55.8 million new voters could be added to the rolls nationwide.

In other states, cross-partisan coalitions have restored voting rights for ex-offenders who have completed their sentence and deserve a stake in their community through voting. Nationwide, 1 out of 13 African Americans cannot vote due to felony disenfranchisement laws. Not only will these reforms begin to adjust this imbalance, they will save taxpayer dollars by reducing recidivism: a study by the Florida Parole Commission found that, when ex-offenders voting rights were restored, they re-offended at one-third the rate of those who were not re-enfranchised.

And in several states, the courts have played a major role in blocking gerrymandering — where elected officials essentially pick their voters instead of the other way around — and in 2015, the U.S. Supreme Court upheld Arizonans’ right to have a nonpartisan redistricting commission to take redistricting decisions out of the hands of politicians.

Presidential elections aren’t decided nationally; they’re won state-by-state. But right now, voters in states with new and worsening restrictions are having a very different voting experience than voters in states that are working to expand voting rights.

That’s why it’s so critical that states look for every opportunity to make voting and civic participation more accessible for every eligible voter. The ballot box is where American’s can make their voices heard. No person, not an elected official or a Supreme Court justice, should stand in the way of any eligible voter and the ballot box. This is why we need to fight these restrictive laws across the country and support those who will restore key policies that protect our sacred right.

Further, every American should exercise their right and vote. The health of our democracy depends on it.