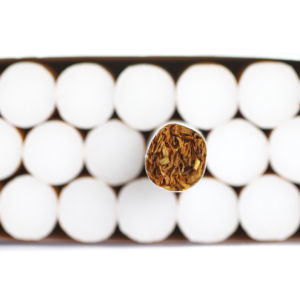 States Should Not Increase Tobacco Use Age to 21

Some states, including California and Illinois, are now considering proposals that would increase the legal age limit required to consume tobacco and tobacco-like products, including electronic cigarettes, from 18 years old to 21. Hawaii was the first state to enact such laws, which became effective January 1, 2016.

Health policy advocates argue an increase in age is necessary to protect the health of our youth, but does this type of policy actually help the general welfare of the population?

The National Institute on Drug abuse reports in its study Monitoring the Future Study: Trends in Prevalence of Various Drugs 58 percent of 12th graders reported consuming alcohol in the past year in 2015. Additionally, 35 percent of respondents reported having used marijuana in the past year, and over 21 percent had said they used the drug within a month of taking the survey. Alcohol and marijuana are both illegal substances for 18 year olds in every state, even in states where marijuana is legal, but that didn’t stop these teens from finding a way to obtain them. It is clear criminalizing the use of these substances has not been an efficient deterrent.

The age of first-time smokers does seem to be connected to adult tobacco consumption. The Surgeon General reports almost 90 percent of smokers began smoking before 18. According to some data, 99 percent of all cigarette smokers begin smoking by the age of 26. If the current age for legal consumption of cigarette products is not impacting the rates of smoking, how would increasing the age make a difference? Why not just increase the limit to 26 years old?

Another key point these age limits miss is the positive impact electronic cigarettes are having on smoking rates. Including e-cigarettes under legislation as “tobacco products” would likely have a negative effect in the fight against youth smoking. Recent evidence suggests e-cigarettes may actually deter teenagers from traditional cigarettes, and numerous studies show they are a much safer alternative to tobacco. If a state decides to ban a 19-year-old consumer from purchasing either traditional cigarettes or e-cigarettes, the advantages linked to vaping and other tobacco alternatives will be significantly reduced.

Perhaps the strongest argument against these proposals is that they limit individual freedom and make the government the arbiter of what is moral. Bureaucrats have become the nation’s nannies, babying each one of us from our first moments on Earth until our very last breath. At the age of 18, a person enters new parameters of life. They are able to go to war, to vote, to be held legally responsible for contracts that can amass significant debt, such as credit cards and student loans, and at 18 years old, a person can and will be defined as an adult in a court of law. But despite all of the responsibilities the government heaps on young adults, many officials believe they simply can’t handle making tobacco-related—or even electronic cigarette-related—decisions.

The argument many use when advocating for such measures is that it’s comparable to the national alcohol consumption age limit of 21 years old, but such a comparison is completely unwarranted. When former President Ronald Reagan signed the National Minimum Drinking Age Act of 1984, it collided against his own philosophical view of a limited role of government, but drunken driving, which Reagan referred to as “a national tragedy involving transit across state borders,” was a significant public health concern at the time and the key rationale behind the legislation. Cigarettes do not have the same dangers associated with them, so similar action is nothing less than a spectacular example of government overreach.

It’s time to let our adults be just that: adults. The evidence shows increasing the age limit required to consume tobacco and e-cigarettes will be a wasted effort that could actually lead to negative externalities, such as a loss of tax revenues, wasting police resources, and higher smoking rates. Even worse, it would send a false and dangerous message to an entire generation of Americans that it is proper for the government to tell adults how to live their lives.