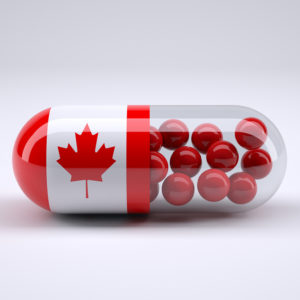 When children, out of natural curiosity, touch a hot stove burner, they learn very quickly never to do that again. As I see several states contemplating prescription drug importation plans and having conversations with the Food and Drug Administration about how they can arrange wholesale drug imports from Canada, I find myself wishing that these state officials had a child’s capacity for self-protection and a determination to prevent themselves — and, more important, their citizens — from getting repeatedly burned.

Eight years ago, Maine legalized foreign drug importation. Acting as president of the Maine Pharmacy Association, I bought three popular medications — a blood thinner, an anti-inflammatory medicine and a pill for acid reflux — from an entity representing itself as a Canadian pharmacy. I did not receive the name-brand drugs I had ordered, but rather generic versions that originated not from Canada, but from India, Turkey and Mauritius, respectively.

In testing the drugs, I found that the blood thinner had only 58 percent of the stated dose, the anti-inflammatory only 77 percent of a standard dose, and the acid reflux medicine contained an unknown contaminant. None of the three medicines sent to me were FDA approved nor were they approved for use in Canada.

There was nothing Maine could do to sanction the sellers. After years of work by the Department of Justice, the sellers were charged in federal court for distributing misbranded medications and money laundering. They pleaded guilty.

And now there are public officials across the country who are reaching to touch that hot burner once again, even though the danger is evident.

We are in the midst of a global counterfeit drug crisis. Throughout the world, people are taking medicines they believe are legitimate but that, at best, don’t contain the active ingredients they need for their health conditions and, at worst, contain deadly contaminants like fentanyl. And the problem extends beyond just drugs. Last June, the Department of Homeland Security seized more than 2 million facemasks bought by Maine. State officials thought they were getting 3M-manufactured masks made in the United States or Canada. Instead, they were fakes peddled by a company in Hong Kong.

The idea that we can safely buy prescription drugs from Canada is a fallacy. Simple logic tells us that it can’t possibly be done without risking public health. First, virtually no medicines consumed by Canadians are made in Canada. Canada must buy its drugs from other sources and, because the country has no production capacity of its own, Canada frequently faces shortages. The Canadian government has enacted laws barring the nation’s wholesalers from selling to states like Maine and Florida because it doesn’t have enough pharmaceuticals for its own people.

That would leave Maine residents relying upon whatever bulk drug shipments the state could scrounge from sketchy vendors. But instead of fake facemasks, we could find our medicine cabinets filled with fake blood thinners or counterfeit cancer drugs.

I understand the desire to reduce patients’ out-of-pocket costs at the pharmacy counter, but not only would importation schemes endanger patients but they would have no meaningful effect on patients’ wallets. There are better options, like investigating the flaws in the prescription drug supply chain that enable middlemen to pocket negotiated rebates and discounts instead of using those savings to lower costs for consumers.

The idea, though, that wholesale drug importation from foreign countries, like Canada, is our miracle solution for high healthcare costs is a fool’s errand. Having tested these imported drugs myself, I certainly wouldn’t allow my patients or any member of my family to take them and neither should anyone else. Maine has touched that hot burner once. Why would we do it again?

Kenneth McCall is past president of the Maine Pharmacy Association. He wrote this for InsideSources.com.