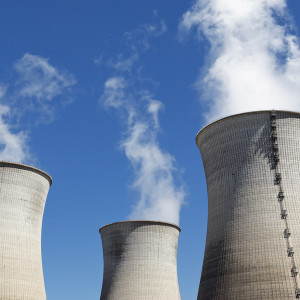 States Working on Carbon Pricing Plans, But Will They Change Much?

Soon after taking over as head of the Environmental Protection Agency, Scott Pruitt began talking about a return to cooperative federalism. He meant that the state and federal governments would strive to work together to cover environmental regulation more efficiently. The implicit understanding was that efficiency would be a benefit to businesses and taxpayers, as would President Trump’s moves to cancel burdensome regulations like the Clean Power Plan. However, the administration’s push for federalism may be working at cross purposes with its goal of reducing the burden carbon emissions regulations are placing on businesses. Today, nine states are working on carbon pricing plans and the issue looks likely to be a primary topic in Minnesota’s upcoming gubernatorial race as well.

“State legislators across the country know that they can’t wait for the federal government to act on climate change,” said Jeff Mauk, Executive Director of the National Caucus of Environmental Legislators (NCEL) at the time. “Carbon pricing is a market-based strategy to reduce greenhouse gas emissions that is being praised by economists and leaders from across the political spectrum.”

The coalition has made it a focus to work with businesses to implement carbon pricing. Prior to the creation of the group, lawmakers had been meeting informally for more than two years, while also getting assistance from the NCEL and the Meridian Institute.

On the east coast, members of the coalition have already started a carbon trading program. Right now, this continues on an opt-in basis, meaning that state support for the initiative can shift with election results. This was the case in New Jersey, where Democratic Governor Philip D. Murphy signed an executive order rejoining the Regional Greenhouse Gas Initiative (RGGI), which his predecessor, Republican Chris Christie had left in 2012. Originally formed in 2005, the RGGI is a “cooperative effort” by nine states in New England and Mid-Atlantic to reduce greenhouse gas emissions through a carbon trading program.

The terms carbon tax and carbon trading are often used in conjunction. However, when it comes to garnering political support for policy changes, carbon taxes are proving to be a tough sell. In 2016, by a 59-41 margin, Washington voters defeated a ballot proposal that would have been the first U.S. carbon tax. During his recent State of the State address, Governor Jay Inslee (D) returned to the idea of a carbon tax, though, telling Washingtonians that a tax on oil and gas emissions would generate an estimated $1.5 billion in new revenues over the first two years, and $3.3 billion over the first four years. Consumers would see higher prices for electricity, natural gas, and gasoline.

In Vermont, Governor Philip B. Scott wrote to members of the Climate Action Commission he helped to form, rejecting calls to study a market-based carbon tax.

“I cannot support another study that considers Vermont, or the region, alone,” he wrote. “We know Vermonters cannot afford a carbon tax…. A regional carbon pricing system would also put the region–which currently has the highest wholesale energy prices in the nation–at another competitive disadvantage when we’re trying to retain and attract working age residents and create more and better paying jobs.”

New Hampshire is also considering forming a task force to study the carbon tax issue further and, while it is too early to say, many believe that the Oregon legislature could consider a carbon tax sometime this session. The details of the proposal vary from state to state. Oregon has been considering “cap and invest” bills, that would require the largest polluters in the state to purchase emissions credits for investments in adaptation and mitigation programs.

Along with New York, Oregon has considered regulation to ensure that the revenues of any carbon tax would advance environmental justice concerns through reinvestment in vulnerable communities.

Right now, state level proposals are garnering headlines. Their future is at best uncertain and only questionable reliable. Even if the different states are successful in passing their various carbon pricing proposals, it is doubtful that these piecemeal enforcement approaches will be enough to make much of an impact on global temperatures. Critics of Washington state’s proposal point out that even if it were able to cut its carbon emissions to zero overnight, projected global temperatures would only drop by 0.002 degrees F by the year 2100.