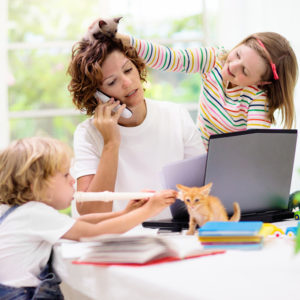 Stay-at-Homers Care So Much, It Hurts — Others

Almost by the minute, data and research are pouring in confirming that government — at the local, state, and federal levels — has disastrously overreacted to the coronavirus.

Let us count the ways:

— A cavernous part of those infected with the virus do not experience any symptoms.

— Prevalence in the total population is likely dramatically wider than initially thought — and thus, the COVID-19 case fatality rate is much lower than originally advertised.

— Not a senior citizen? Slender — or at least, not obese? Enjoy solid respiratory health? Wash your hands often? Avoid touching your face? Don’t work in healthcare? Your risk of dying is very close to zero.

The news is almost universally encouraging.

Yet the stay-at-homers will not relent.

Neither critiques by a multidisciplinary cohort of credible scientists nor tens of millions of lives harmed (if not ruined) by a self-inflicted economic catastrophe have proven to be persuasive.

From a disturbingly unhinged New Jersey teacher screaming at teens tossing a ball in a park to elected officials preening that “if a single life can saved” to the sob-sistering from The Atlantic, defenders of government lockdowns zealously focus on the negative, confidently postulate that the worst is yet to come and slander all who do not share their views.

Many Americans fighting to liberate their country from intolerable COVID-19 controls must be asking a Seinfeldian question about their opponents: Who are these people?

Plenty of theories have been proffered. Media elites, concentrated in the New York City tri-state area, are unaware that not everyone uses a subway to get to work.

Professional pols fear that the loss of just a few votes could torpedo their lifelong goal of escaping the perils of the private sector. Coronavirus Karens, seething at their ex-husbands, and/or enraged at their spoiled kids, and/or regretting their poor career choices, love power trips, virtue-signaling and day drinking.

But self-absorption alone does not adequately explain the psychological posture of the stay-at-homers. The COVID-19 policy smackdown, even more than advocacy for “national” healthcare, endless government-school expenditures “for the children,” or compulsory unionism, exposes fundamental ethical contrasts in modern American ideology.

The work of Jonathan Haidt, who explores the origin of the concept of right and wrong, is must reading for anyone drilling toward the core of the issue. Author of  “The Righteous Mind: Why Good People are Divided by Politics and Religion,” the New York University professor has distilled the six “taste receptors” of morality: Care/Harm, Fairness/Cheating, Loyalty/Betrayal, Authority/Subversion, Sanctity/Degradation and Liberty/Oppression.

Care/Harm, Haidt avers, “evolved in response to the adaptive challenge of caring for vulnerable children,” and it makes Homo sapiens “sensitive to signs of suffering and need” and “despise cruelty and want to care for those who are suffering.” Unsurprisingly, liberals, across “many scales, surveys, and political controversies… turn out to be more disturbed by signs of violence and suffering, compared to conservatives and especially to libertarians.”

Fairness/Cheating, at least for those on the left, manifests itself as “concerns about equality and social justice” — prompting the accusation that “wealthy and powerful groups are… gaining by exploiting those at the bottom.”

But with their Care/Harm and Fairness/Cheating knobs cranked to 11, doctrinaire liberals leave no room for the other moral foundations. People are hurting, and the underprivileged are being victimized most of all! We must act, now! There’s no time to consider any unintended consequences!

Morality, Haidt explains, both “binds and blinds.” Aligned ideologues bond with one another over the virtues they treasure, but frequently fail to note the existence of other noble principles.

Is it any wonder, then, that in the COVID-19 conflict, Sanctity/Degradation (people of faith not being allowed to pray, worship, confess and atone side-by-side with their brethren) and Liberty/Oppression (mutually beneficial exchange between buyer and seller is the best mechanism to generate economic growth, itself an important source of health) are ignored by the stay-at-homers?

Heavy-handed measures pitched as tools to “slow the spread” of the novel coronavirus have already induced, among other things, massive unemployment and a huge uptick in mental-health trauma.

But with blinders set to recognize only care and fairness, those who encourage, and acquiesce to, every control imposed in the name of “public health” reveal their adherence to an unsophisticated, and destructively narrow, ethical standard.