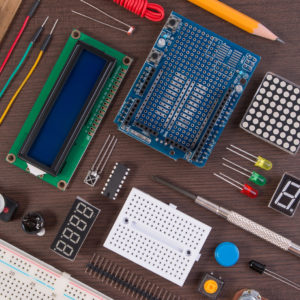 Against the backdrop of a volatile energy market, some researchers anticipate that STEM education, which includes Science, Technology, Engineering and Mathematics, could play a steadying hand in economically struggling areas of Ohio, West Virginia, and Pennsylvania. To take advantage of growing opportunities in STEM fields, however, the K-12 school systems in the region have room to improve, according to a report issued earlier this year.

The RAND Corporation, a nonprofit research group, is issuing yearly reports on the Appalachia Partnership Initiative, a cluster of 27 counties in and around Pittsburgh and the Ohio River Valley, as part of an initiative backed by the energy giant Chevron. In addition to contending with the full force of a fierce national opioid epidemic, the region has been hard hit by a decline in manufacturing opportunities and shifts in global markets for raw materials and energy. According to the most recent RAND report on the area, the workforce-aged population in the region remained stagnant from 2000 to 2014 during a stretch when the national working-age population grew by 14 percent.

One bright spot for the region has been the growth in job availability in natural gas extraction—especially as a result of new fracking techniques that have allowed companies to tap previously inaccessible energy reserves. The energy market has been highly volatile, however, including a boom period as the new technology gained traction but then turbulence as production ramped up and product glutted the market. The Rand report cited federal statistics that document how natural gas prices have dropped by more than two-thirds since 2008. The report’s authors cited the volatility in the energy industry as evidence that the region should be thinking about diversifying with investments in STEM opportunities.

The infrastructure for a STEM pipeline in the region is partially in place, according to the study. Regional colleges and universities churn out a higher percentage of STEM majors than the national baseline. Of the three states included in the analysis, Ohio and Pennsylvania feature K-12 public school systems with students that score above the national average on math and science assessments.

However, there are also headwinds to the project of seeding STEM in the region. West Virginia’s K-12 school system is among the lowest performing in the nation according to national assessments. Furthermore, while Ohio’s and Pennsylvania’s math scores are above average, the percentage of students in those states reaching proficiency in the subject dropped by five percent from 2013 to 2015—outstripping the one percent dip in scores nationwide.

Furthermore, relatively ample opportunity for workers with lower education levels in the energy industry could be siphoning off young people that would otherwise be inclined to pursue a higher degree. While median earnings in the region for those with a bachelors degree or higher are greater than those with a high school diploma or a partial high-school education, the gap is less pronounced than it is nationwide.

For example, a high school graduate in the Appalachian counties surveyed can expect to earn about $27,008, which is close to the national median wage of $27,868 for workers with that level of education. However, the median wage for someone with a bachelor’s degree from the area is only $43,024 compared to the national median of $50,515. This gap in earning potential arguably creates a smaller financial incentive for brighter students to pursue an advanced degree in a STEM subject and instead funnels them into lower-skilled professions.

Overall, despite competition and structural obstacles, the report described the outlook of the project to create a constant stream of STEM-skilled workers in the region to be “modestly encouraging,” citing the findings that “a steady supply of STEM-focused students continues to enter the workforce.”

One other interesting tidbit to emerge from the report: the graduation rate for students at public two-year institutions in the region stands at a lowly 12 percent. The national average is only a little higher at 22 percent, suggesting possible systemic dysfunction in that area of the public higher education landscape.

Finally, some experts believe that an effective STEM education begins early in the course of a child’s grade school career (or even before it begins). Efforts to introduce STEM at an early age, however, were not covered closely in the RAND study. The latest report on the region is the second of five reports planned in the upcoming years.