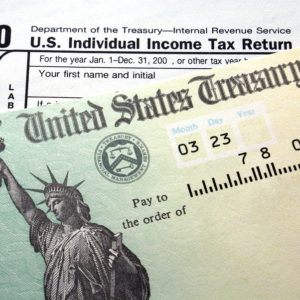 STEP Act: A Step in the Wrong Direction

2021 is turning out to be a big year for federal finances on Capitol Hill. Not only are Senate Democrats proposing a record $3.5 billion reconciliation package, but also a rewrite of America’s tax code that could inflict damage well beyond government revenues and expenditures.

The STEP Act’s proponents claim its provisions are needed because “when someone dies with assets that increased in value during their lifetime, income taxes are never collected on these capital gains – even if their heirs sell the asset the next day.”

While proponents of the STEP Act may contend the bill is needed to level the tax playing field, they ignore the wider ramifications of the bill that could inflict substantial and irreparable damage on the U.S. economy. Moreover, the STEP Act should be especially concerning because it could be included in a widely rumored reconciliation package that would be immune to a Republican filibuster.

Economic analyses have suggested that if the STEP Act becomes law, it could cause mass and unnecessary job losses. A recent study by Regional Economic Models, Inc. (REMI), a company that “provides non-partisan economic analysis,” has suggested the STEP Act could cause “sustained annual job losses ranging from over 500,000 to almost 1 million.” These jobs would be lost because of reduced “labor productivity…which raises the costs for firms as they face a less efficient workforce.”

Taking their analysis further, REMI suggested the STEP Act could cause a personal income loss of between $8,000 and $10,000 per household.

Fewer jobs not only mean reduced income and economic security for American workers, but businesses that depend on consumer demand will find it harder to operate, grow, and innovate.

REMI’s study also suggests the STEP Act could cause a significant decline in investments and research and development (R&D) that will weaken the ability of small and medium-sized enterprises to innovate. For example, REMI’s report suggests the STEP Act will cause “a $600 billion loss in private investment, and a $6 billion loss in R&D spending.” This lost investment and R&D spending will principally be caused by “increased financing costs…increased costs, especially for small and family-owned businesses,” and a shift away from investments in “high risk but potentially high productivity start-ups.”

Aside from the economic costs the STEP Act would unnecessarily impose, the bill’s provisions are deeply unpopular among small businesses and the American public. For example, a recent opinion poll suggested that 83 percent of voters believe “inherited gifts should be taxed only if the beneficiary sells the assets.” The provisions contained in the STEP Act are especially concerning for small businesses. A survey conducted by the Small Business & Enterprise Council revealed that “50 percent of respondents said the proposal would hurt their ability to carry on the business.”

While the STEP Act is driven by populist desires to tax the rich and ensure the wealthy pay their fair share, Congress should perhaps first consider whom the proposals hurt and whom they benefit. While the measure will undoubtedly raise revenues for the federal government, the bill’s ramifications will undoubtedly hurt the wider economy, with American workers and consumers paying the price in lost jobs, income, and innovation.

Congress should rethink its decision to rewrite America’s tax code in such a harmful and fiscally irresponsible manner.