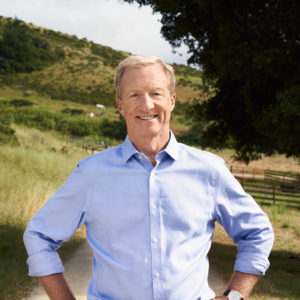 The 2020 political season may be pulling them apart, but there’s one thing that Democratic primary voters can agree on: There are too many damn candidates. They want some of the 2020 contestants to hit the showers.

Unfortunately, instead of more candidates taking the hint from their dismal polling and dropping out (paging Sen. Gillibrand), one late entry is coming on fast: California billionaire Tom Steyer.

In the latest Morning Consult poll of early-state voters, Steyer has leap-frogged other high-profile candidates like Sen. Kamala Harris and Mayor Pete Buttigieg to take the fourth-place slot. And, according to Morning Consult tracking, it’s no fluke. 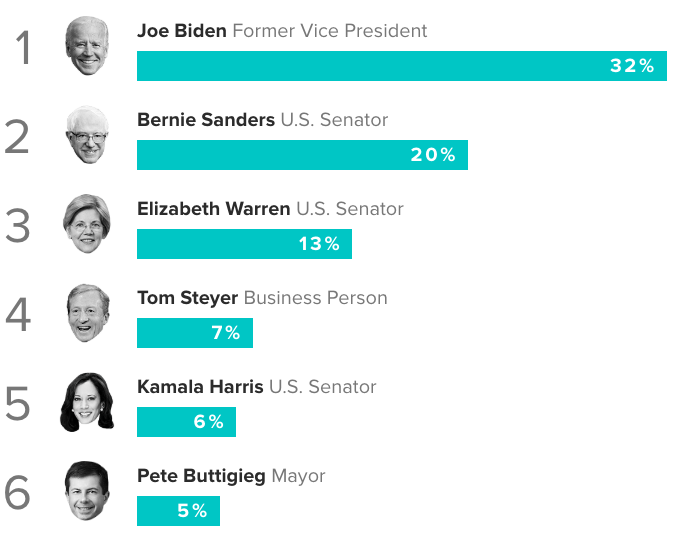 Polling data made available to NHJournal shows that Steyer’s support has been steadily rising over the past four weeks since he formally entered the race and started spending millions on TV, mail and social media. In Morning Consult’s weekly tracking of early state Democrats (IA, NH, NV and SC), Steyer has gone from 1.9 percent four weeks ago to 4 percent, then 5.7 percent and now 7 percent support today. And, according to the Steyer campaign, they’re definitely getting a good vibe from the Granite State.

“We’ve only been in the race, what, five weeks now? And already there’s clearly a buzz from New Hampshire,” Steyer 2020 press secretary Ben Gerdes told NHJournal. “We’re hearing a lot from the media and influencers on the ground. So we’re very excited.”

New Hampshire Democratic insiders have shrugged off the idea of Steyer as a serious player in the state’s primary, despite his vast wealth (estimated at $1.6 billion) and involvement in Democratic campaigns.  The common refrain is that Steyer has the resources but not the political talent. And then there’s the “another white guy in the race” problem.

Steyer is ignoring the criticism and pressing forward with his aggressive spending in early states. In Iowa, for example, he’s spent more than $2.2 million, while Joe Biden has spent around $430,000.  And though Steyer’s a newcomer, he’s already outpolling Sens. Gillibrand and Booker in the latest RCP average of Iowa polls.

Democrats who dismiss Steyer as a political dilettante should keep in mind that he’s held more than 50 town hall gatherings across the U.S., giving the billionaire activist the opportunity to hone his skills on the stump.

Naysayers point to the fact that Steyer has yet to even qualify for one of the Democratic debates. However, Steyer’s campaign reports he’s just one poll away from the four he needs showing him at 2 percent to make the stage. And then there’s the obvious: He’s already polling above some candidates who’ve been in all the debates so far.

Steyer’s early surge shouldn’t be a surprise, given his campaign’s basic strengths: He is self-funded, he’s identified strongly with two of the hottest issues among Democratic primary voters– impeachment and climate change– and he’s founded two successful grassroots organizations (NextGen America and Need To Impeach) that have spent years developing massive voter lists.

Lists, money and message are the building blocks of a successful campaign. In a field that features a former vice president and six senators, Tom Steyer’s still a long shot. But not that long of a shot.

Democratic candidates and the party’s establishment overlook Steyer’s potential at their own peril.