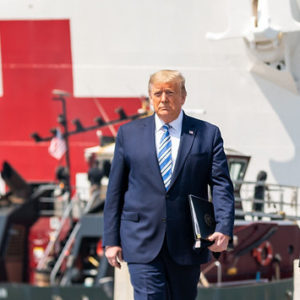 Still Too Early to Count Out Donald Trump

Just before Joe Biden’s inauguration, a headline in New York magazine blared: “Trump Is on the Verge of Losing Everything.”

If you believe a Jan. 11-13 poll commissioned by AXIOS, a Washington political publication, Donald Trump appears to have maintained at least an influential portion of his loyalists. While the poll showed the percentage of Americans supporting the removal of Trump increased by five percentage points (to 56 percent) after the Capitol coup insurrectionists wreaked havoc, there’s more to the story.

The AXIOS-IPSOS poll appeared to show a chasm among Republicans in general as well as Independents who may lean Republican. The poll asked respondents to identify as a Donald Trump supporter, or traditional Republican, or political independent.

More than half identified as traditional Republicans while a little more than a third claimed the Trump supporters slice.

Though the actual event was said to last 20 minutes, three minutes of video was released for public consumption (oh, how many of us would love to see the whole thing).

That conjures up images of the aforementioned Trump supporter category. Supporters who may feel more emboldened if Republicans regain both the House of Representatives and Senate in 2022.

On Inauguration Day, one such supporter wearing a red MAGA hat was willing to discuss his pro-Trump beliefs (even as impeachment looms) and anti-Biden sentiments (despite his call for national unity) on that sunny but blustery, cold afternoon. He was a white, middle-class guy in his late 50s from West Lafayette, Indiana. And he waved an ominous “Stop the Steal” sign on a Washington street blocked off by a National Guard checkpoint.

Question from InsideSources: “Why are you so pro-Donald Trump”?

Answer: “Because he’s the closest president we’ve had since Ronald Reagan to push for ‘America First’.”

We’ll take that response as a “yes.”

Question: “What are your top three pro-Trump policies”?

Answer: “A nation without borders is no nation at all. Trump is the only president who calls out China. He had the strongest economy ever, with deregulation and tax cuts, until it got destroyed by the coronavirus.”

Question: “Why are you so anti-Biden”?

Answer: “Because he’s already unfit mentally for the White House. I don’t even think he will finish his term. But if he runs against Trump again, Trump will win next time.”

Obama’s point about engaging with people with whom you disagree was right on. After all, Trump garnered nearly 75 million votes, which would have won any other election except the one on Nov. 3, 2020. That’s a huge mass of Americans, so one just cannot discard them.

In recounting his own 2009 inauguration, Obama offered in the video, “One of my fondest memories of the inauguration was the grace and generosity that President Bush showed me, and Laura Bush showed Michelle.

“It was a reminder that we can have fierce disagreements, and yet recognize each other’s common humanity, and, that as Americans, we have more in common than what separates us.”

That “common humanity” seemed to get lost in the chaotic shuffle that marred the Trump administration. Homegrown Americans noticed it.

So have others from around the world.

Two gentlemen originally from Germany were on the same street sending dispatches about the inaugural atmosphere via social media to the homefolk in Berlin. Their goal was to foster transatlantic dialogue, they said.

And document a new day in America.

“The regular folks in our country feel very negative about Donald Trump,” one of them told InsideSources. “He made the world less safe. He was particularly hostile toward Europe, and very much so against Germany. He has no respect for anything and he lies.”

“I hope he gets this pandemic under control,” the second guy explained. “And he has to fix the economic inequality in this country.”

Additionally, a Turkish cameraman for an English language television network in his home country offered a broader perspective, saying, “Trump is big news everywhere in the world.”

Even in Turkey. Why?

“Because he was the president of the United States — and he’s crazy.”

It must be a Trump Drama thing.