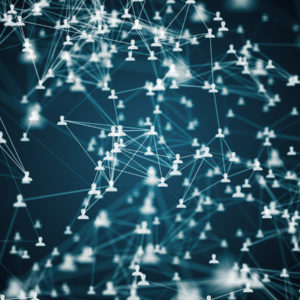 Last week’s news that the USDA is working to develop rules for the rural broadband pilot project that Congress authorized in the 2018 omnibus spending bill is a welcome step towards expanding America’s broadband infrastructure. The program, which is a part of President Trump’s infrastructure initiative, will help connect large swaths of underserved areas by providing loans and grants to service providers. The USDA estimates that in total, the program will stimulate $1 billion in new rural broadband projects—money that is sorely needed to help connect the unconnected and bridge the digital divide. In 2018, when much of our nation’s economy is driven by activity online, broadband is a pivotal component in infrastructure deployment.

In spite of the fact that rural America constitutes 19.3 percent of the total population in the United States, according to the Federal Communications Commission, 80 percent of the 24 million American households that don’t have reliable and high-speed internet are located in rural areas. That is around 19.2 million homes that still lack access to this critical resource.

While internet connection may have been considered a convenience a decade ago, it has since become an essential part of everyday life. This is true in rural areas as well, where agribusinesses and farmers are reliant upon the internet to not only sustain their businesses, but also to take advantage of new technologies to grow. Additionally, as many as 7 out of 10 teachers assign homework that requires an internet connection, making broadband infrastructure a necessity for the next generation of Americans to succeed. The implications of expanded internet access extend to healthcare as well. Increased access to broadband will improve the reach of telehealth and bring better medical care to rural America, which is chronically underserved.

Strengthening broadband infrastructure is a boon to the communities served, but also the surrounding areas. Ensuring that the internet is readily accessible throughout the United States by working to connect unconnected areas will create jobs and in turn, improve local economies. Internet access will allow existing businesses to expand and encourage the creation of new businesses in areas that were previously not viable. It is also a vital component in keeping America competitive in an increasingly competitive world. Prioritizing critical infrastructure improvements such as broadband deployment will help guarantee that the United States can compete on a global stage and continue to lead the world. Inaction is simply not an option when the future of our nation’s global leadership is at stake.

Bolstering American infrastructure is essential. In a world where everything from bills to homework to job applications requires an internet connection, it is as vital that we invest in our broadband infrastructure as it is that we invest in our roadways and bridges. According to Agriculture Secretary Sonny Perdue, the USDA is “working as quickly as possible to establish eligibility and build out requirements, and set up administrative procedures.” Let’s hope that this is the first step to a stronger, more robust American broadband infrastructure where everyone can get internet access, regardless of their zip code. As we consider the challenges—and opportunities—facing American infrastructure, we must not forget the large role that broadband plays. It is time to get serious about protecting America’s future and that starts with our infrastructure.