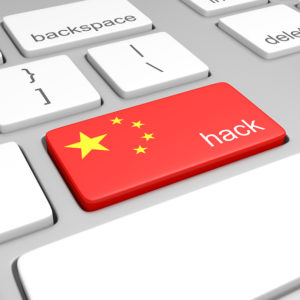 While China’s theft of intellectual property from companies that do extensive business in China is well documented, Beijing is also aggressively obtaining information from U.S. government research programs. The vehicle for this is a “talent recruitment plan” comprising 7,000 researchers and scientists who funnel information to China.

Senators Rob Portman, R-Ohio, and Tom Carper, D-Delaware, of the Homeland Security Committee have cast an important spotlight on this issue, through a November 19 bipartisan report from the Permanent Subcommittee on Investigations. There is much at stake: the federal government spends $150 billion annually on research in such path-breaking areas as artificial intelligence and 5G technology.

The report found China openly recruits “U.S.-based researchers, scientists and experts in the public and private sector to provide China with knowledge and intellectual capital in exchange for monetary gain and other benefits.” The researchers have signed legally binding contracts with Chinese institutions that violate U.S. non-disclosure provisions and hide the researchers’ work on behalf of China.

Additional key findings include the following.

—Done at the direction of the Communist Party. The Chinese Communist Party exerts “exceptional levels of control” over the most prominent plan, the Thousand Talent Plan, which has recruited 7,000 high-end professionals, including several Nobel laureates. The Thousand Talent Plan was the focus of the Senate study. There are 200 additional talent recruitment plans in China.

—Ineffective law enforcement. “The FBI has yet to develop an effective, nationwide strategy to warn universities, government laboratories and the public of the risks of foreign talent recruitment plans,” warns the report. FBI Assistant Director John Brown agreed with this assessment in his November 19 testimony to the subcommittee, saying, “We wish we had taken more rapid and comprehensive action in the past, and the time to make up for that is now.”

In summarizing and championing the report,  Portman said, “The American taxpayer has unwittingly footed the bill for research that has gone to China to advance national security and economic interests over the past two decades while our federal agencies have done little to stop it.”

The United States must be especially vigilant about energy programs. The U.S. Department of Energy is the largest federal sponsor of basic research in the physical sciences, supporting more than 25,000 researchers at more than 300 institutions and national labs. The department has been significantly expanding its work to guard against cyber attacks to the electric grid, a pervasive and rising threat.

China can launch such cyberattacks against the American homeland. Given this, the United States will have to regularly and consistently expand and update its cyber protections to mitigate against such attacks. This will be a continuing challenge, and removing any and all researchers who are serving China is imperative.

The report also calls on U.S. universities to step up: “U.S. universities and U.S.-based researchers must take responsibility in addressing this threat. If U.S. universities can vet employees for scientific rigor or allegations of plagiarism, they also can vet for financial conflicts of interest and foreign sources of funding.”

There is much that needs to be done, including tougher law enforcement, more rigorous screening by universities, better coordination among government agencies and stricter laws. The Senate report is an important start and an alarm bell for prompt, concerted action — and soon.