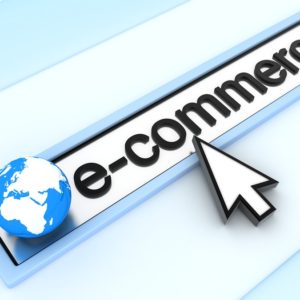 UPU international postal prices for small packages, those under 4.4 pounds or two kilograms, are based on political rather than market factors. And the big winners are e-commerce powerhouses China, Singapore and a few other industrialized countries that have mastered political gamesmanship at the UPU to secure subsidized Third World rates.

Renowned postal consultant Jim Campbell has documented that the U.S. Postal Service delivers these smaller packages for 50 percent or less of what it charges U.S. mailers for similar services. China gets discounts of 65 percent or more.

Jayme Smaldone, chief executive officer of consumer products company Mighty Mug, points out that Chinese counterfeiters pay $1.40 to send his product from China to the United States. The cost to Mighty Mug to send the legitimate product within the United States is $6.30.

The Trump administration understands these arcane and important issues and has taken strong action. Following an August Presidential Memorandum, the administration is moving forward with setting self-declared rates for packages entering the United States. It is also prepared to leave the UPU in October 2020 without a new international postal agreement.

Self-declared rates mean that foreign shippers will be charged the same amount by the U.S. Postal Service as U.S. shippers. In fact, with self-declared rates, it is probably appropriate to charge foreign shippers slightly more than 100 percent of the cost to U.S. businesses. This is because foreign packages enter the United States at only a few locations and must then be delivered to all 50 states, presenting typically higher average costs than domestic packages.

The United States is far from alone in its strong frustrations with the UPU. Canada and 30 countries are also working to revamp the organization. Pierre Morin, Canada’s chief representative to the UPU, recently said, “Canada does not always agree with the U.S. administration, but we are 100 percent aligned with our neighbor to the south on the need to move to self-declared rates.”

The need for marketplace reforms in international shipping is long overdue. In voicing support for the administration’s actions, Robert Taub, chairman of the Postal Regulatory Commission, said, “The anticompetitive nature of the Universal Postal Union has concerned the United States government since the Reagan administration.”

It is wrong to think of internationally subsidized postal prices as a “win” for U.S. consumers. The losses that the U.S. Postal Service incurs are made up by higher domestic package prices.

And U.S. postal rates are rising significantly. In January, the price of small box, priority mail package rose by 10 percent, as did the price of a first-class stamp. With the Postal Service projected to lose $6.6 billion this year and in dire financial straits, getting foreign shippers to pay their fair share is a must.

While the United States is in a strong negotiating position and may be able to reach an agreement with the UPU, it should not bend over backward to do so. If necessary, the United States should leave and negotiate fair and reciprocal agreements with all countries that want to ship to the U.S. market.

The U.S. economy is increasingly headed to e-commerce, generating jobs and business opportunities along with lower costs and conveniences for consumers. It makes no sense for the United States to jeopardize this by remaining captive to an international postal system favoring competitors.