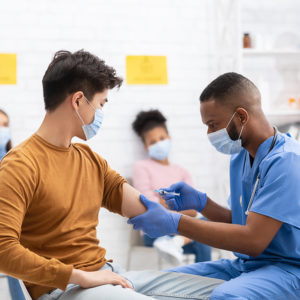 Inefficiencies in American health care are legion. Fixes are hard, as they often require changes in both public policy and day-to-day operations at payer and provider organizations. Happily, the Centers for Medicare and Medicaid Services (CMS) just took aim at two interrelated problems: the fragmentary system of electronic health records (EHRs) and the highly inefficient task of seeking prior authorization from insurers for patient care. Here, we summarize the importance of these areas and offer suggestions on how to encourage adoption of the proposed solutions.

First, it’s important to understand that EHRs are designed, in part, to be a longitudinal history of a patient’s health and health care that should ideally be easily shared across providers. Unfortunately, this vision is rarely met, as providers don’t always have access to all the patient’s data. Even when they have access, they have to wade through reams of poorly organized, unwanted, or duplicative information due to the difficulties with integrating data from different providers. Additionally, in evaluating prior authorization requests, payors rarely have access to the data needed to make a quick decision.

The failure of data interoperability in today’s EHRs is represented most notably by one iconic fact: Health care is the number one faxing industry in the world! When a patient changes insurance coverage and health care networks, the easiest way to access prior records from disparate EHRs is usually via fax. In most industries, fax machines have gone the way of 8-track tapes and steam locomotives. In health care, faxes are inescapable. This is inefficient and embarrassing. The wasted administrative time and substandard contribution to patient health leads many providers to retire early out of sheer exhaustion.

The proposed “CMS Interoperability and Prior Authorization” rule addresses these problems by (1) Mandating better interoperability of data between EHRs and other data sources; and (2) Requiring insurers to respond more promptly to prior authorization requests—aided by more interoperable EHRs.

The proposed rule seeks to reduce data logjams faced by clinicians and insurers via the Fast Healthcare Interoperability Resources standard (FHIR). FHIR is a programing standard that smooths the integration of patients’ records from multiple providers. Interoperability should make it easier and faster for providers to obtain information they need to treat a patient. And, these reforms will (hopefully) give payers, providers, and patients across currently incompatible health care systems electronic access to pending and active authorization decisions.

If successful, this would also allow a more efficient authorization process and more coordinated care as the rule requires Medicaid and Children’s Health Insurance Program (CHIP) to use FHIR.

Streamlined, interoperable data ought to ease the insurer’s task of evaluating when a patient does or doesn’t warrant reimbursable care. The rule would require insurers to respond to authorization requests within 72 hours (with certain exceptions).

The three of us—one health economist and two practicing physicians—offered CMS our appraisal of the proposed rule, along with the following caveats and recommendations:

First, some percentage of authorizations might legitimately take longer than 72 hours, and one shouldn’t penalize insurers in such cases or incentivize them to make rash decisions.

Second, standardization of data shouldn’t render it so inflexible that EHRs can’t benefit from future innovations (such as inputs via spoken language rather than rigid check-boxes).

Third, FHIR adoption remains optional for many providers, and it would be counterproductive to order insurers to undergo the expense of rebuilding information systems if most providers opt not to use the rebuilt systems.

And fourth, the interoperable data so imagined present some patient privacy concerns that must be addressed.

These changes are overdue. Our health care system is burdened by regulatory gridlock that all too often delays critical care to those already buffeted by illness. Providers are burning out under frustratingly arbitrary EHR demands. It’s a lose-lose situation. The proposed rule takes positive steps toward a better health care world. With a few tweaks, we believe it will best balance better interoperability with the realistic need for flexibility.

Robert Graboyes is a senior research fellow with the Mercatus Center at George Mason University. Darcy Nikol Bryan is an obstetrics and gynecology physician with Women’s Care Florida. Lyle Berkowitz is clinical associate professor of medicine in the Feinberg School of Medicine at Northwestern University. They are co-authors of a Mercatus Center public interest comment on how “Simplicity, Interoperability, Symmetry, and Privacy Are All Important Goals for New Healthcare Information Rules.” They wrote this for InsideSources.com.