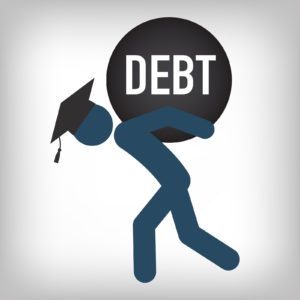 Student Debt Cancellation a Bad Deal for 85% of Americans

As inflation surges, the White House has rightly shifted its focus to the importance of lowering prices and reducing deficits, while asking the rich to “pay their fair share” toward the solution. Broad student debt cancellation would undermine each of these goals.

While there are certainly many Americans struggling with student debt, broad cancellation would disproportionately benefit high-income households while worsening inflation, boosting deficits, and lifting future tuitions to make college even less affordable.

Over the last two-and-a-half years, most borrowers have benefited from an interest-free repayment pause. The pause made some sense at first as an emergency response to the COVID-19 pandemic. Now, with the unemployment rate among college graduates at just 2 percent, it’s mostly  a handout for doctors and lawyers.

My team at the Committee for a Responsible Federal Budget has estimated that, due to the repayment pause and higher inflation, a typical new doctor will have effectively received $60,000 of debt forgiveness through August (it was $50,000 through May), and a new lawyer will have effectively received $37,000. Furthermore, the pause alone has cost the federal government $120 billion since it began — about twice the cost of the Pell Grant program over the same period.

Explicitly canceling student debt would only add to these costs. Canceling $10,000 of student debt for each borrower would cost the federal government about $250 billion — perhaps $240 billion with means-testing — and canceling $50,000 could cost $950 billion.

While many Americans would receive some benefit from this cancellation, it would mostly provide a windfall for those at the top of the income spectrum. Roughly 30 percent of the benefit would go to those in the top income quintile, while only 5 percent would go to those at the bottom. Again, means-testing for very high earners only changes the story modestly. Most Americans did not go to college, and most who did have higher wages compared to those who did not. What’s more, over half of student debt is held by graduate students, with the largest balances held by those with medical degrees.

So yes, canceling student debt would provide some financial relief to current borrowers, mostly in the upper-middle class. But this benefit will be at the cost of higher prices for everyone, higher interest rates on loans, higher tuition costs for future students, and a higher national debt left to future generations to address.

There are much better ways to support college affordability without making things worse for the 87 percent of Americans who don’t hold any student debt.

Marc Goldwein is senior vice president and senior policy director at the Committee for a Responsible Federal Budget. He wrote this for InsideSources.com.