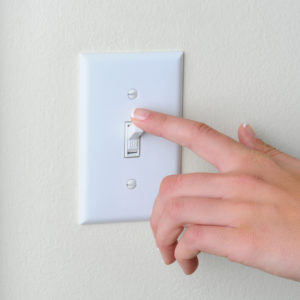 Study: Building Energy Use Per Person Flat Since 1990, Showing Limits of Energy Efficiency

Last week, Washington, D.C. gained a new honor, becoming the first certified LEED platinum city. The award honors the city for promoting the development of green buildings and energy efficiency as well as taking action to stop climate change. After years of advances, energy efficiency appears to have plateaued, however. A report by the International Energy Agency (IEA) finds that, despite advances in building energy performance, average energy consumption has remained steady for the past twenty-five years. These numbers are supported by domestic data, demonstrating the limits of an efficiency-only approach.

“A growing number of countries have put in place policies to improve building energy performance, but average energy consumption per person in the global buildings sector still remains practically unchanged since 1990,” writes the IEA.

In part, this reflects a disparity in building regulations between countries. As Europe, North America, and most advanced economies are adding energy efficiency requirements to their building codes, other regions of the world often lack building standards altogether.

This is discouraging news for those working to limit the potential for global warming. One common metric, 2DS, provides “an energy system deployment pathway and an emissions trajectory consistent with at least a 50% chance of limiting the average global temperature increase to 2°C.” According to the IEA’s report, to reach these targets by 2025, global average building energy use per person would have to decrease by 10 percent.

“These public and private efforts carry enormous potential to help develop the technologies of tomorrow,” says Dr. Fatih Birol, executive director of the agency. “These efforts will be critical to help countries achieve the long-term goals of the Paris Agreement on climate change but also to reduce air pollution, bolster energy security and invigorate the economies of tomorrow.”

Birol specifically highlighted the need for new approaches, saying that relying on historical trends would not be enough to bring energy use levels down.

“[Organization for Economic Co-operation and Development] countries in particular need to shift away from historical trends and bring average energy use per capita below 1990 levels through rapid energy efficiency action,” he said.

The trouble is that efficiency gains in certain sectors are not enough to offset the new ways that people are using electricity. While heating, lighting, and appliances like stoves and refrigerators are using less energy than before, people own more electric devices than they did previously.

Domestically, home energy usage has recently begun to buck historical trends, with electricity use for appliances beginning to take up a larger share of total energy use. Previously, more than half of a home’s energy consumption was for heating and air condition. New houses, with better insulation and energy saving designs, have altered these numbers.

However, that reduction was not enough to reduce overall household energy consumption. Although heating and air conditioning technology is becoming more efficient, the average American home simply has more laptops, cell phones, tablets, and other devices that need to be plugged in and recharged than households even ten years ago.

According to statistics from the U.S. Energy Information Administration, 48 percent of energy consumption in U.S. homes in 2009 was for heating and cooling, down from 58 percent in 1993. Despite advances in energy efficiency, on the whole, Americans are using more electric devices, keeping their total household electricity use relatively steady.

“While energy used for space conditioning has declined, energy consumption for appliances and electronics continues to rise,” the EIA found. “Although some appliances that are subject to federal efficiency standards, such as refrigerators and clothes washers, have become more efficient, the increased number of devices that consume energy in homes has offset these efficiency gains.”

The IEA is pushing education and training in order to address the problem of building energy use. They hope that through better energy data, they will be able to develop improved energy efficiency policies. However, the last twenty years have demonstrated that, when it comes to energy use, innovation cuts both ways.