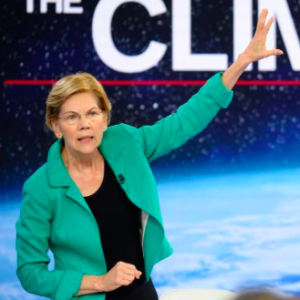 A fracking ban — proposed by several Democratic candidates for president — would be shattering to the New Mexican economy and devastating to the nation’s energy industry, according to a new study from the U.S. Chamber of Commerce’s Global Energy Institute (GEI).

“At a time when national candidates and elected officials are proposing to ban hydraulic fracturing, it is important to highlight both the benefits of the shale energy revolution and the real-world impacts that a ban would have,” the study says. “Candidates for public office must understand … the real world harm that a proposal to ban hydraulic fracturing would inflict on the state and indeed the rest of the nation.”

Hydraulic fracturing, or fracking, is a process used to extract oil and gas from underground rocks — predominantly shale — and is credited with the nation’s recent oil and gas boom.

GEI President Marty Durbin was in New Mexico last week to tout the GEI study, “The Economic Benefits of Hydraulic Fracturing to New Mexico — and the Consequences of a Potential Ban.” GEI studies on other states and the national impact are in the works.

“There are real-world impacts if you are going to say we’re going to stop fracking in New Mexico,” Durbin told InsideSources. “Our study shows that at the end of five years [the state] would lose 142,000 jobs, $86 billion into the GDP in New Mexico.”

“But, those are just numbers. You get into the real world impact [when] you see what New Mexico has been able to do in this time,” he said. “They’ve got a [huge] surplus; they’ve been able to give every teacher in the state a raise; they’re talking about free tuition for in-state residents; not to mention [fixing] the infrastructure.”

The study lists statements from several 2020 Democratic candidates, who say they will ban fracking if elected, some noting the prohibition would be a gateway to the end of fossil fuel use in the U.S.

Sen. Elizabeth Warren said in a September tweet: “On my first day as president, I will sign an executive order that puts a total moratorium on all new fossil fuel leases for drilling offshore and on public lands. And I will ban fracking — everywhere.”

Although Durbin made it clear to InsideSources that the study’s primary intent was not to attack Democratic candidates, he admitted their anti-fracking status prompted the report: “I’m not trying to say that isn’t the reason for us doing this, it is.”

“The point wasn’t necessarily just to come in and beat up on candidates who have made these proposals,” he said of the report. “We saw this as an opportunity to change the debate here and talk about all the benefits that [come] from hydraulic fracking and natural gas development.”

Durbin said GEI completed a similar study on the pitfalls of a fracking ban in 2016, when some Democratic presidential hopefuls made similar calls. “So when we started to see the same proposals and even more of the candidates saying [ban fracking] is what they want do to we said: ‘Let’s go back and update that report and get more specific.’

“In 2016, we focused on four states — New Mexico wasn’t one of them, because they’re natural gas activity hadn’t really taken off yet,” Durbin said. “Now, New Mexico is kind of the poster child for not only being a beneficiary, but being a contributor to all these national and global benefits.”

According to the study a ban on fracking in New Mexico “would result in the loss of 142,000 jobs — representing 15.8 percent of the state workforce — and wipe out $86 billion in cumulative GDP from the state’s economy through 2025.

“Further, New Mexicans would lose out on $26 billion in household income (an average of $10,723 per household in 2025), the state would forego $8.0 billion in state and local tax revenues while federal government tax receipts will be reduced by $8.3 billion over this same period.”

New Mexico is enjoying a windfall from the oil boom in the Permian Basin, which straddles southeastern New Mexico and West Texas. Drilling in the region is on pace to set production records for 2019, according to industry experts. State economists say income from oil and gas in the last fiscal year surpassed forecasts by $85 million.

The study noted as a result of the windfall “the state’s residents are benefiting from thousands of newly created jobs and increased incomes.”

“Billion-dollar budget surpluses from taxes and royalties paid by the oil and natural gas industry are being invested in schools and roads while also rebuilding state budget reserves.”

Robert McIntyre, spokesman for the New Mexico Oil & Gas Association said industry has been using fracking in the state for decades to “safely produce oil and natural gas,” and producers “have a strong track record of producing energy in a way that protects communities and ensures that we’re taking care and responsibility for our natural resources.”

“A fracking ban in New Mexico would not just devastate the economy, it’s a prescription of poverty for the State of New Mexico,” McIntyre told InsideSources. “Without the oil and gas industry, we simply don’t have the economic foundation to sustain the state.

“I think [calls for a fracking ban] that sound great in a political campaign in reality have devastating consequences for New Mexico,” he said. “I think it’s stunning for anyone running for president to ignore the impact [the ban] would have on a state like New Mexico — on our schools, our economy, our families — to prescribe such a disastrous policy, that really is not based on any sound science or engineering principles.”