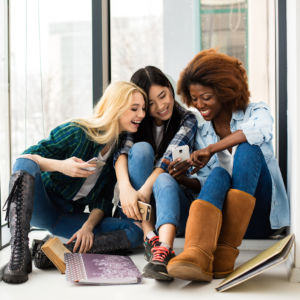 From diversity, strength. This seems to be the ever-more-frequent mantra of both major corporations and institutions of higher learning. Alongside diversity appears its nemesis, discrimination. For years, proponents of affirmative action and Title IX policies have defended them on the grounds that members of minority classes face high levels of discrimination. Despite the frequency of these claims, they have only rarely been tested. A recent study by eight academics representing four universities (St. Louis University, Florida State University, University of Cincinnati, and Oakland University), has shown that the prevalence of discrimination is lower than many anticipate.

At the start of their study, the authors were very clear in what they hoped to investigate.

“A large body of social science research is devoted to understanding the causes and correlates of discrimination,” they wrote. “Comparatively less effort has been aimed at providing a general prevalence estimate of discrimination using a nationally representative sample.”

The study to follow, they wrote, was geared at trying to offer an answer to that question. In their study, the scholars analyzed data from the National Longitudinal Study of Adolescent to Adult Health, which has analyzed a longitudinally representative sample of young Americans in grades 7-12 since 1994. After initial interviews in 1994, the survey returned for interviews about 18 months later, with follow up questions five years later and then around 2007 and 2008, when the participants were between 25 and 34 years old.

“The implementation of certain policies is rooted in the assumption that discrimination and biases are, at least to some appreciable amount, present in modern society,” the researchers wrote. Through their analysis of the available data, they hoped to study the foundation of this claim in order to determine the extent of the problem.

What they discovered was somewhat surprising. The vast majority of respondents, roughly 75 percent, reported that they were either never or only rarely discriminated against in their everyday lives. This included nine different potential causes of discrimination, including race, sex, sexual orientation, religion, and obesity.

Even so, estimates of the prevalence of perceived discriminatory activity remain rare.

“The vast majority of these respondents reported the discrimination was due to reasons other than those covered in the nine mutually exclusive categories,” the study reports. “Thus, the most common explanation was not due to race, gender, sexual orientation, or age.”

In fact, most of the reasons for reported discrimination fell into the vague category of “other.” This means that such incidents could just as easily be attributed to personal dislike as to a broader category of discrimination.

Given the length of time encompassed by the study, the rate at which these experiences were reported is remarkably low. It seems that most Americans of all races are able to live lives free of unfair treatment. Despite the findings of their study, the authors were quick to admit that their research should not be taken to imply that all discrimination in the U.S. has stopped.

“What should be avoided is the conclusion that our results suggest that the problem of discrimination in the U.S. is, to any great extent, remedied and in need of no further scrutiny or improvement,” they wrote.

Still, in their conclusion, the authors of the study provided a direct rebuttal to claims that discriminatory activity is a widespread problem in contemporary American life. Although they admit that not all racial and ethnic groups were included in the initial study, the researchers acknowledge that those studied reported very few experiences of discriminatory treatment on the basis of the categories examined.

“Our results indicate that the majority of the sample reported either no experience with discrimination or that it had happened only rarely,” the study finds.

“Moreover, of those reporting having experienced discrimination, the majority suggested that unique and perhaps situationally specific factors other than race, gender, sexual orientation, and age were the cause(s) of discrimination,” it continued. “Our results thus provide at least somewhat of a counterweight to possibly exaggerated claims that discrimination is a prevalent feature of contemporary life in the United States.”

Given the time range examined by the study, responses demonstrate that while American society is not yet free from discriminatory behavior, on the whole, incidents are less frequent than many may expect.