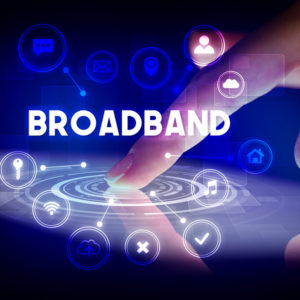 Study Meant to Promote Municipally Owned Broadband Actually Does the Opposite

With the COVID-19 pandemic highlighting the persistent “digital divide” between low-income and rural Americans and the rest of the country, Congress is poised to allocate significant funding for broadband expansion.

How it does so, however, will have a big effect on consumers and taxpayers.

One strategy is to encourage municipalities to build and operate their own networks, rather than relying on investment from the private sector. Advocates argue that government-owned networks stimulate competition, drive down prices for consumers, and provide service to remote areas where private companies cannot operate profitably.

Both theoretically and empirically, however, these claims have serious flaws.

In 2004, an FCC filing looked at municipal telecommunications ventures across the United States found that, in every case, the program proved unprofitable — averaging $770 in losses per subscriber.

Moreover, rather than increasing competition with private companies and delivering lower prices to consumers, municipal broadband is inherently predatory and anti-competitive.

Municipal networks receive large subsidies through taxation or transfers from other revenue streams, allowing them to unfairly undercut the prices of private competitors while concealing their true costs.

As one study notes, “subsidization of a government-owned firm with no regard for profit… presents a serious threat to private investment in broadband infrastructure and competition and exposes taxpayers… to significant financial risks.”

Despite these concerns, supporters of government-owned networks continue to champion their cause. In its latest “Cost of Connectivity” report, the Open Technology Institute (OTI) claims that “municipal networks deliver some of the most affordable and fastest internet service in the United States.”

In a press release, OTI went further, writing: “A growing body of evidence indicates that these locally owned networks yield … significant cost savings for consumers.” Based on these findings, OTI urges Congress to strip away state laws limiting the ability of municipal governments to set up their own networks.

OTI’s study, however, is riddled with inaccuracies that fatally undermine its argument. Instead of demonstrating the consumer benefits of government-owned networks, OTI’s research actually shows that these ventures contribute to higher consumer prices.

An analysis by the Phoenix Center for Advanced Legal & Economic Public Policy Studies exposes the flaws in OTI’s reasoning.

For example, OTI’s report presents data on 14 U.S. cities and finds the lowest average price for internet is in Ammon, Idaho, which has a government-owned network. From this, OTI concludes that Ammon is the “most affordable” city in America for broadband.

Putting aside the fact that 14 cities is hardly a reliable sample on which to base sweeping statements about the entire country, OTI’s figures exclude much of the total cost of providing broadband service in Ammon, such as monthly payments on a 20-year contract of up to $3,500 to connect a home to the city’s network.

Moreover, analysts have concluded that Ammon’s network “will never generate a profit,” indicating that it must receive financial assistance from the city to support its operations. In ignoring these subsidies, OTI stacked the deck in favor of its preferred outcome.

Once these errors are corrected and other factors are controlled for, OTI’s own numbers show that average prices in cities with a municipal provider are 13 percent higher than in markets without a government-run network.

Municipally owned networks are exactly what policymakers and regulators should avoid if they seek to expand access efficiently and affordably to broadband.