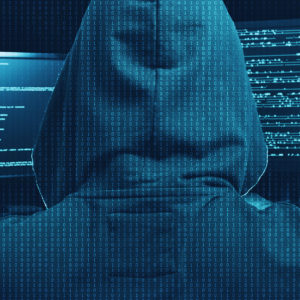 Study: Vast Majority of Wi-Fi Routers in the U.S. Are Vulnerable to Cybercrime

That’s the proportion of Wi-Fi routers sold in the United States that are vulnerable to cyber-attack, according to a new study by the American Consumer Institute (ACI).

“Without addressing these known security flaws, consumer devices could be compromised, and data could be stolen, leading to malicious activity, identity theft, fraud or espionage,” according to the study.

In May 2018, the FBI sent out a warning that Russian computer hackers had compromised hundreds of thousands of home and office routers and could collect user information or interfere with network traffic. This attack, as damaging as it was, merely hinted at the magnitude of the security vulnerabilities in Americans’ Wi-Fi routers.

ACI’s analysis included 186 devices from 14 different manufacturers, of which 155 (83%) were found to have vulnerabilities to potential cyberattacks in the router’s software, with an average of 172 vulnerabilities per router.  The total number of known vulnerabilities found in the sample is staggering: 32,003.

Within the sample, 28 percent of the vulnerabilities were considered high risk or critical.

Unfortunately, there are no easy solutions to this problem.

Fixing these vulnerabilities lies partly in the hands of consumers who must learn about their devices and proactively seek software updates to patch known vulnerabilities. This will require a change in mentality — the average consumer has probably never even considered updating their router’s software.

And because most consumers are not even aware of potential security vulnerabilities, they tend not to demand software support from manufacturers. As a result, router makers often do not provide user-friendly ways to update software and may even view building security protocols into their devices as an unnecessary expense. This means that even consumers who are able to figure out how to update the router may face outdated software that is all but useless against vulnerabilities discovered since its sale.

Router manufacturers have a responsibility to track potential security vulnerabilities on their routers and to ensure that consumers are given the tools to keep their devices secure.

Even as inter-connected devices are creating new, exciting opportunities for innovations in our daily lives, the threat of cyberattack has never been more real. One of the leading cybersecurity firms in the U.S. reported a 600% increase in Internet of Things (IoT) attacks in 2017. Routers were the most frequently exploited type of device, making up 33.6% of IoT attacks.

Each of the 32,003 vulnerabilities identified in ACI’s report puts consumers and our economy at risk. If this growing threat is to be countered effectively, manufacturers must commit more resources to identifying and mitigating security vulnerabilities on their devices and consumers must remain vigilant for potential threats that could compromise their personal data.

Earlier this month, ACI released a study showing that many popular smartphone apps contain known vulnerabilities that are not being patched by applications providers, also leaving consumer information and devices at risk. These two studies show the urgency for the industry to take proactive steps to protect consumer privacy, and these risks should not be taken for granted.

Dr. Krisztina Pusok is the Director of Policy and Research at the American Consumer Institute, a nonprofit educational and research organization. For more information about the Institute, visit www.TheAmericanConsumer.Org.