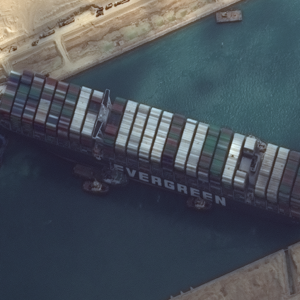 Global trade took a hit this past week as a large container ship became stuck in Egypt’s Suez Canal – one of the busiest waterways in the world and a key trading route – creating major shipping delays and challenges to international trade. The incident most notably raised concern for the global energy market, as the Suez Canal serves as a key channel for approximately 8 percent of global LNG trade and around 9  percent of total seaborne-traded petroleum, according to the U.S. Energy Information Administration.

While oil prices began to spike as some experts feared it could take weeks to clear the canal, the ship, fortunately, was dislodged after more than six days and a global crisis was seemingly avoided. But this incident should serve as a reminder as to the importance of bolstering our energy capabilities here at home, and how future disruptions could create major problems for U.S. trade interests and our domestic energy market.

Unsurprisingly, countries that largely rely on importing their energy resources are vulnerable to delays or increased oil and gas costs when incidents like the Suez blockage occur. Ultimately, consumers are the ones who have to pay the price. With gas prices already increasing here in the U.S., imagine if we had even less domestic oil and gas being produced to help meet the fuel needs of both our country and our allies. Or less infrastructure to help safely transport these resources. No matter what kind of resources you think should power our homes and businesses or fuel our vehicles and planes, it is clear the U.S. should prioritize growing domestic energy production and focus on a path towards energy independence.

Unfortunately, not everyone agrees with this course of action. The Biden administration’s new federal ban on oil and gas leases would steer America’s energy journey off course by undermining our domestic energy goals and creating economic gains for foreign adversaries – ultimately introducing additional uncontrollable variables when it comes to American national security. This restriction is not a viable solution to our growing energy needs, and will not reduce the important role of fossil fuels in the American economy. In fact, a study from the American Petroleum Institute (API) found the leasing ban would increase U.S. oil imports from foreign sources by 2 million barrels a day and cause the U.S. to spend more than $500 billion on energy from foreign suppliers.

The U.S. oil and gas industry has been a reliable component of American economic success for decades. A study from API reveals in 2015, the industry supported over 10.3 million jobs and contributed more than $1.3 trillion to the U.S. economy. The same study found that between 2011 and 2015, industry jobs increased by 500,000 each year and benefitted all 50 states. Why should we rely upon unstable energy sourcing from the Middle East or South America when right here at home we can create jobs and steady the global energy market? Reducing domestic energy production risks higher gas prices and potential energy shortages at home – while strengthening foreign states by growing their economies.

Further, our nation could easily fall short on the potential benefits of growing production here at home considering the slew of regulatory hurdles targeting pipeline projects like Dakota Access, Line 3, and Line 5 – all of which safely transport oil and gas to homes and businesses throughout the U.S.

This month, a federal court in Washington will hold a hearing with regulators to discuss operations of the Dakota Access Pipeline while the U.S. Army Corps of Engineers completes additional environmental review on the project. The pipeline was completed in 2017 and has been safely transporting crude oil from the Bakken oilfields of North Dakota to an energy hub in southern Illinois. The project was previously approved by the U.S. Army Corps of Engineers and state regulators after a rigorous permitting process, yet nearly four years later, regulatory uncertainty from policymakers and the courts continue to threaten the gains afforded by DAPL, as well as national energy security efforts.

Limiting American energy capabilities – from oil and gas production to second-guessing energy infrastructure development – will set our nation back. Mishaps like what the world saw in the Suez Canal last week could have a devastating impact on the American economy.

While the Biden administration’s plan for clean energy is well-intentioned, the transition to renewables will not happen overnight – or even in this decade. It is important to consider how limiting our capabilities will not only hurt the U.S. and global economies but also threaten our national security. U.S. leadership should continue to bolster oil and gas production for a sound economy and a stable, independent energy future.