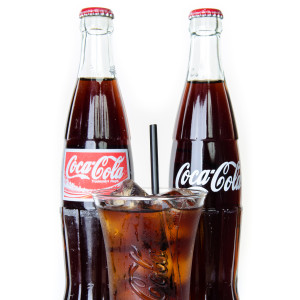 In several states, lawmakers and public health advocates have been pushing a heaping helping of additional sin taxes on foods and drinks containing sugar. Instead of improving public health and slimming waistlines, these proposed taxes just serve to fatten government coffers.

To quote the first American to win a Nobel Prize for economics, Paul Samuelson, sin taxes are tolerated because most people “feel that there is something vaguely immoral” about the good being taxed.

“They think these ‘sin taxes’ stun two birds with one stone: the state gets revenue, and vice is made more expensive,” Samuelson said.

In most cases of proposed sin taxes on sugar, this is exactly what happens.

If enacted, the bill would be the first such tax successfully enacted by a state. Since 2009, 30 different states have proposed taxing sugar in the name of improving public health, but so far none has enacted such a “public health tax.” If voters really want tax policy to be used against them in this way, why have all the sugar tax proposals failed over the years?

In Illinois, two Chicago-area lawmakers are proposing a penny-per-ounce tax on all beverages containing sugar, including bottled coffees, sweet teas, and energy drinks.

American Health Association Senior Director of Government Relations Mark Peysakhovich told reporters in February, “[W]e know we’re not going to tax ourselves out of [the obesity problem, but] the most important part is it’s expected to bring about $600 million of new revenue.”

Peysakhovich’s candor about the efficacy of and intentions behind sugar taxes is refreshing; most who support sin taxes neglect to admit tax revenue, not morality, is often the true driving force behind this kind of legislation.

In 2011, U.S. Department of Agriculture Senior Economist Biing Hwan-Lin and University of Florida-Gainesville Department of Food and Resource Economics professor Jonq-Ying Lee attempted to determine the effect of sin taxes on people’s health.

Their study, published in Economics and Human Biology, found using a national sin tax to reduce the average American consumer’s body weight by only one pound would require adding 50 cents per ounce to the price of candy and soda, resulting in an “average daily reduction of 34–47 calories among adults and 40–51 calories among children.”

Although sin taxes do not have any practical effect on people’s health, Hwan-Lin and Lee found they have a large benefit for government budgets. The simulated 20 percent tax would boost the taxing authority’s revenue by $5.8 billion, using real-world numbers for national beverage consumption and choice.

Instead of pretending to use tax policy to protect consumers from themselves and penalize people for enjoying a sweet snack or two, lawmakers should be forced to acknowledge their insatiable appetite for more tax revenue. That would be a real treat for the voting public.