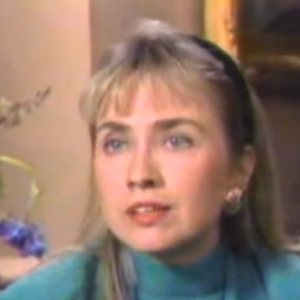 How the Super Bowl Introduced America to Hillary Clinton

She declined to address the Panthers-Brocos game on Sunday’s “Meet the Press,” and said she was flying to Flint, Michigan, to focus on the city’s water crisis. The Democratic presidential front-runner had already acknowledged that President Bill Clinton is the biggest football fan in her family.

But as longtime political observers will remember, there was at least once instance when Super Bowl Sunday mattered a great deal to Hillary Clinton — when her husband’s entire political future, and by extension her own, hinged on what she did after a big game.

It was the night in 1992 when she first introduced herself to the country, appearing for a joint interview with her husband on “60 Minutes” immediately following the CBS sportscast of a Redskins-Bills Super Bowl XXVI. The appearance would help him weather allegations of marital infidelity and ultimately rescue his imperiled campaign for the White House.

The drama leading up to that Sunday revolved around an Arkansas state employee and part-time lounge singer named Gennifer Flowers. She had just told the Star supermarket tabloid that she had a 12-year affair with Bill Clinton, who was then the Arkansas governor. The governor denied the charge, though he would later admit a “one-time” extramarital sexual relationship with Flowers in 1977. Yet it fell to Clinton’s wife to truly defuse the scandal, sitting with him on a couch opposite correspondent Steve Kroft and vouching for his character before a national television audience.

“There isn’t a person watching this who would feel comfortable sitting on this couch detailing everything that ever went on in their life or their marriage,” she said. “I think it’s real dangerous in this country if we don’t have some zone of privacy for everybody.”

The then-first lady of Arkansas followed up with an even more forceful defense of her husband.

“You know, I’m not sitting here some little woman standing by my man like Tammy Wynette,” she said, knocking the country singer who crooned “Stand by Your Man” in 1968. “I’m sitting here because I love him, and I respect him, and I honor what he’s been through and what we’ve been through together. And you know, if that’s not enough for people, then heck, don’t vote for him.”

It was good enough, at least for many voters. Bill Clinton would got on to win the Democratic presidential nomination, and his wife, ever a political partner, would get much of the credit.