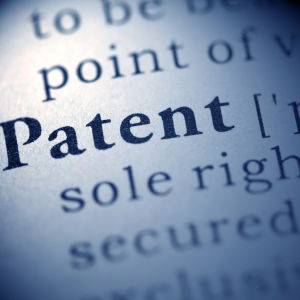 The U.S. Supreme Court decision not to clarify the patent law for smartphones and other high tech devices resulted in a lower court inheriting the duty of establishing a legal test critical to design patent damages decisions. That test was examined Wednesday by a panel of technology and patent experts, who expressed concerns.

Samsung has faced a fierce legal dispute over whether the design of its smartphone infringed upon Apple’s design patents. The dispute resulted in a series of lawsuits that initially awarded Apple $399 million–Samsung’s entire profit from sales of the smartphone that was deemed to infringe on Apple’s patents. But whether Apple should receive all profits for singular patent design features–like rounded corners–that went into a complex device was a question that eventually found its way to the highest court. The justices unanimously decided in December 2016 to return the case to a lower court to define a standard for such cases.

Judge Lucy Koh of the Northern District of California proposed a four-part test late last year for determining the “article of manufacture” – the part of the product that the design patent contributes to. Engine Advocacy, a technology and startup nonprofit, hosted the panel to examine that test. Some experts are concerned over the potential implications.

“The reason I don’t like the test is it is so subjective,” Matthew Levy, a former patent counsel at the Computer & Communications Industry Association, said during the discussion. “It’s a four-part test and only one of the parts actually referred to the patent itself. And it’s a design patent. Normally in patent law, we look at the patent, that’s the point. The claim is supposed to tell us what we’re talking about. Yet, most of the test doesn’t have to do with the claim.”

Apple has filed multiple patents on its smartphones for both design and utility. The design patents cover components of the smartphone and not the entire product design, despite Apple’s suit seeking infringement damages on the entire phone.

“I think it’s subjective based on the fact that it’s going to be left up to the examiner to determine the comparison between A and B,” G. Nagesh Rao, a former federal patent examiner, said.

There is also the question of whether the test helps to bolster or weakens the intellectual property system as a whole. R Street Institute senior fellow Charles Duan says the proposed test leaves a couple critical questions unanswered that are important for many reasons like defining the responsibilities of the U.S. Patent and Trademark Office.

“I think there are two questions that come along with the test that aren’t necessarily addressed,” Duan said during the discussion. “Who’s job is it to prove one way or another how that test works out? What is the burden of proof? Is it the infringer’s job or the patent owner’s job? And second, who is going to make the final decision? Is it going to be a jury or is it going to be a judge?”

Apple Inc. v. Samsung Electronics Co. has been going on since 2011. Much of the tech community is concerned over the implications of a broadly defined article of manufacture that could lead to abuse of patent system.

Matthew Levy argues that if a company chose to only patent parts of their product design they shouldn’t be entitled to full device damages for patents covering designs of singular phone components.

“If that doesn’t turn out to be something that is profitable, that just means you got too cute in your claiming,” Levy said. “The problem is we have companies like Apple who whine that they only patented this little thing, but we really want that $600 million so you have to find a way to get us our money.”

The courts have received numerous suggestions and proposed tests throughout the process from parties beyond just Apple and Samsung.  As it was made clear during the discussion, this test will impact more than these two companies because it will establish legal precedent for all future design patent cases.

Levy notes that the approach under the current test is problematic – especially when companies later claim they own the whole design after it is infringed.

“In this debate what drives me nuts is trying to slam one part of the law into another part without thinking of the consequences,” Levy said. “There are a lot of consequences that come when we try to take design patent law and just apply it to computer science without thinking it through. I think this case really illustrates what happens.”