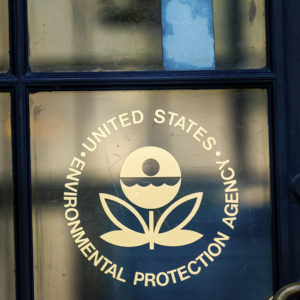 Churchill never said it. And even if he had, it’s inaccurate.

The best argument against democracy isn’t a five-minute conversation with the average voter — it’s a poll of Americans’ views on the environment.

The Pew Research Center’s latest survey on climate change and related eco-issues helps explain why the nation’s energy, pollution, and land-use policies are so cumbersome, costly and counterproductive.

Those are the maddening takeaways from “U.S. Public Views on Climate and Energy,” Pew’s quizzing of a “nationally representative panel of randomly selected U.S. adults,” conducted during the first two weeks of October.

Two-thirds of Americans believe that “the federal government is doing too little” to protect air and water. Seriously?

Water quality hasn’t posted such impressive boosts, and work remains to be done. But the Environmental Literacy Council notes that the “United States has made significant progress in improving… its lakes, rivers, and streams and in reducing direct discharges of pollutants over the last 35 years.”

A 2018 study by researchers at the University of California, Berkeley and Iowa State University “analyzed data from 50 million water quality measurements collected at 240,000 monitoring sites throughout the U.S. between 1962 and 2001.” Their results: “Most of 25 water pollution measures showed improvement, including an increase in dissolved oxygen concentrations and a decrease in fecal coliform bacteria. The share of rivers safe for fishing increased by 12 percent between 1972 and 2001.”

Pew’s findings that 62 percent of Americans believe that Washington is dropping the ball on protecting “animals and their habitats” and 55 percent think that the feds are failing to protect “open lands in national parks” are similarly bizarre.

In 2018, airlines flew more than 777 million passengers on domestic flights. Apparently, many of those travelers never looked down. A 2017 report by the U.S. Department of Agriculture’s Economic Research Service found that the nation’s urban land accounted for 3 percent of the Republic’s total acreage. Grassland pasture and rangeland comprised 29 percent, forest-use property 28 percent, croplands 17 percent, and “special uses” (e.g., wilderness and parks) 14 percent.

Open space and wildlife sanctuaries are abundant, in sharp contrast to the fears of boobus Americanus. “Suburban sprawl” is not gobbling up pristine countryside at anything approaching an injurious rate.

Sonja Oswalt, of the U.S. Forest Service’s Southern Research Station, reports that “combined forest and woodland area has been stable-to-increasing for decades.” The share of land dedicated to agriculture — a major source of pollution from fertilizers and pesticides, as well as a huge consumer of water — is falling.

According to federal researchers, cropland acres in 2012 were at the “lowest level” since the USDA began tracking the statistic in 1945.

Want more frustration? Combined, 62 percent of Americans told Pew that “climate change” affects “their local community” either “some” or a “great deal” of the time.

As Richard S. Lindzen, emeritus professor of Atmospheric and Planetary Sciences at the Massachusetts Institute of Technology, observed, while there is “general support” for the notion that “the globally averaged temperature anomaly” has “increased about 1.5 degrees Fahrenheit since the middle of the 19th century,” drawing wild conclusions from the change is egregiously irresponsible.

Judith Curry, the former head of the Department of Earth and Atmospheric Sciences at the Georgia Institute of Technology, set the record straight before Congress earlier this year.

The “sense that extreme weather events are now more frequent or intense… is symptomatic of ‘weather amnesia,’” she testified. For example, the 1930s produced America’s “strongest landfalling hurricane,” “longest and most extensive droughts,” and “largest number of severe heat waves.”

These natural disasters occurred half a century before the industrialization of China and India — and the U.S. love affair with the SUV.

So long as science-challenged — and deep-pocketed — advocacy organizations control the nation’s environmental “debate,” the ignorance revealed by Pew’s poll won’t be corrected.

After all, alarmism is good for business.