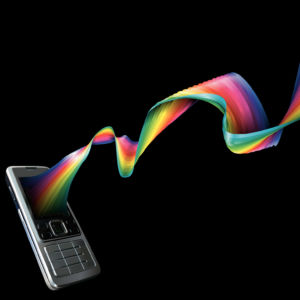 The Federal Communications Commission is supposed to make sure that the limited space available on the broadcast spectrum is allocated in a way that’s in the best interests of the public.

This has never been and probably never can be perfectly fair; there have always been winners and losers. But the FCC’s charge has become exponentially more difficult since the advent of the internet and in particular, widespread use of mobile/wireless/broadband communication technologies. These have tripled or quadrupled competition for the same limited bandwidth space that used to be fought over almost exclusively by AM and FM radio stations.

The FCC tried to sort all this out via an “incentive auction,” which concluded last year.

Bandwidth space was put up for bid on the theory that market demand signals — what providers were willing to either sell or pay for — would be a pretty accurate gauge of public interest and that would help allocate space in a more equitable — or at least, less arbitrary — manner.

$19.6 billion was raised via the incentive auction, with the lion’s share of that coming from bids made by the cell phone giants like T-Mobile and wireless/broadband provider DISH. This is excellent for millions of people who will get better service as a result of this market-based allocation of spectrum.

But what happened to the billions raised by the auction? And what about the smaller, local/regional broadcasters? Inquiring minds want to know.

Reportedly, the government’s net profit from the auction was in the neighborhood of $7 billion, big bucks even by Washington standards. To make the auction a success, some argue — not unreasonably — that a small part of the money ought to be used to compensate the losers — the smaller broadcasters who will have to relocate or buy new equipment in order to remain in business — and whose business (and customers) will suffer accordingly.

The government originally promised to do exactly that, which is why smaller broadcasters went along with the plan in the first place. Given the enormous sums raised by the spectrum auction, that’s not just a promise that ought to be kept — it’s a promise that’s easily kept.

And it’s a promise that’s in keeping with the principle that when an action of the government imposes a “taking” on an individual or business, the government must compensate the affected individual(s).

If the government needs a right-of-way for a road or land for some other purpose, it is required to pay a reasonable amount of money — fair market value — for the property. This is important, and not solely because of dollars-and-cents considerations.

When the government decides, you can’t say no. It literally makes you an offer you can’t refuse.

It’s important that the offer at least be fair.

In a very real sense, the smaller broadcasters have been eminent-domained by the FCC’s “repack” — as the auctioning of broadcast spectrum is referred to internally. Compensating them fairly is as justified — as important — as fairly compensating land owners affected by eminent domain.

More so, arguably, because bandwidth spectrum is a public utility. The government doesn’t own it — and shouldn’t profit from it, especially at the expense of the smaller broadcasters who are currently in peril of getting the short end of the stick.

The need for compensation was actually anticipated prior to the bandwidth auction.

A Television Broadcaster Relocation Fund of $1.75 billion was established by the Treasury Department for the express purpose of making sure that the TV stations that lost bandwidth space wouldn’t lose their shirts.

However, the fund was established years prior to the auction/repack — and the dipstick is a bit on the low side as far as the sum needed to correct the imbalances that arose after the auction. Nearly 1,000 local TV stations that did not participate in the incentive auction have yet to receive compensation.

Several bills are in process to fix this dilemma.

These would use auction profits to defray the costs imposed by the whole ordeal on the broadcasters who lost bandwidth. Some of the funds would be used specifically to make sure that smaller/regional TV and radio stations don’t get kicked off the air.

FCC Commissioner Michael O’Rielly and Chairman Ajit Pai have both publicly expressed the need for these measures, and the House and Senate bills have bipartisan support.

Perhaps even more important, the legislation would also make sure the billions raised by the FCC’s auctioning of bandwidth don’t just disappear down the gullet of the Swamp Thing in DC.