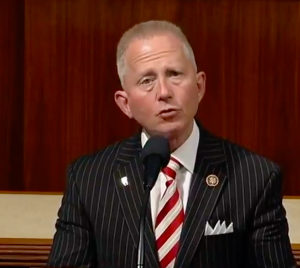 In July, New Hampshire Rep. Chris Pappas became the first Democrat representing a Trump district to endorse the impeachment inquiry into the president. But now that actual articles of impeachment are under consideration, Granite Staters are asking: Where’s Chris?

While most Congressional Democrats have declared their support for impeachment — including his fellow New Hampshire Rep. Annie Kuster, who called Trump a “clear and present danger”  — Pappas remains noncommittal.

“I will review these articles and the underlying evidence further before this moves to the House floor for a vote,” Pappas said in a statement. “I remain committed to considering the unbiased facts of this case with the thought and care that this moment requires.”

That’s a far cry from Intelligence Committee Chairman Adam Schiff’s (D-Calif.) statement that “the evidence of the president’s misconduct is overwhelming and uncontested.”

As polls show support for impeachment slipping, particularly among independent voters in battleground states, the 31 Democrats like Pappas who represent districts Trump carried in 2016 find themselves in a political bind.

Their party’s base is demanding it — 74 percent of Democratic primary voters strongly support impeachment — while the GOP is reminding them that polls show independent voters oppose Democrats’ efforts to remove President Trump from office by a 13-point margin.

In fact, the same day Democrats announced their two articles of impeachment, a new Quinnipiac poll was released showing that support for impeachment was underwater (51 percent oppose, 45 percent support) while support for Trump’s handling of the economy “is the highest since the question was first asked in February of 2017, with 54% approving.”

As a result, a handful of these Democrats are reportedly pushing for a censure vote to avoid the political consequences of voting for impeachment.  Unfortunately, they aren’t getting any help from leadership.

Only two of the House’s 233 Democrats — Collin Peterson of Minnesota and Jeff Van Drew of New Jersey — have publicly expressed their opposition to impeachment. They both represent districts Trump carried.

Another vulnerable Democrat, Rep. Max Rose of New York, is also speaking cautiously about impeachment. “It would be irresponsible to comment on this so quickly. We have to give this the level of thought and analysis and judicious consideration that it is deserving of.”

The problem for these Democrats is that — while the independent voters in their districts might appreciate their stance — the Democratic base is in no mood for “judicious consideration.”

Voting against the articles of impeachment could inspire a primary challenge, and while their districts may have backed Trump in the 2016 general election, Democratic primary voters are overwhelmingly in favor of forcing Trump out.

Rep. Van Drew, for example, is so concerned about a possible primary that he asked his local Democratic county chairmen to sign a letter backing him for re-election. Many of them declined, objecting to his refusal to support impeachment.

“Some of us have had enough of Jefferson Van Drew,” one top Democrat told the New Jersey Globe.  “He’s on his own now.”

The Republican Party knows this, and they’re already planning to use impeachment to take back the House in 2020.

“This process they’re embarking on is going to cost them their majority next fall,” said National Republican Congressional Committee Chairman Tom Emmer (R-Minn.).

Democrats have “an obsession” with impeachment, Emmer said. “It’s just getting worse for them.”

One of Pappas’ potential GOP challengers, former NH Republican Party Vice Chairman Matt Mayberry, told InsideSources, “I am extremely confident that we will spend the next year talking about Mr. Pappas’ voting record, especially in regards to impeachment.”

Swing-district Democrats across the country can expect similar conversations when they run for re-election next year.