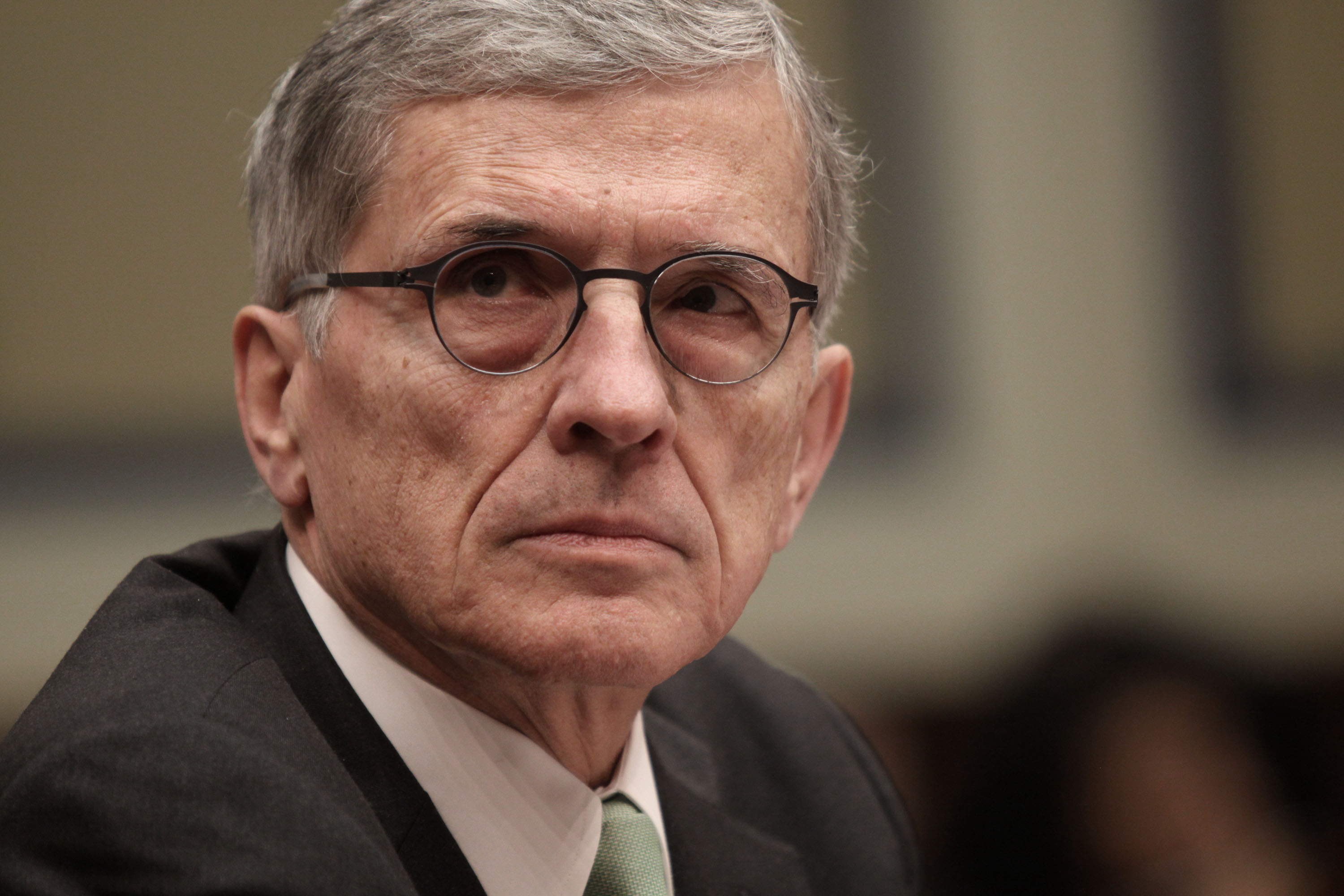 Federal Communications Commission Chairman Tom Wheeler shot back at the cable lobby at an industry conference in Boston Wednesday, where interest group heavyweights accused the agency of a “relentless regulatory assault” in response to new rules pending before the FCC.

Wheeler took the stage at the Internet and Television Expo (INTX) one day after his fellow commissioners weighed in on several regulatory proposals with the potential to bring significant change to the cable and Internet industry, and one day after CEO Michael Powell of the National Cable and Telecommunications Association (NCTA) — the hosting organization — slammed the FCC for conducting a “relentless regulatory assault” that threatens “America’s ambitions in the information age.”

“Anybody understands the reality of a job like Michael’s,” Wheeler recalled of his own lobbying days as head of NCTA from 1976 to 1984, and of lobbying Powell himself while the current NCTA CEO was chairman of the FCC during the George W. Bush administration.

“I am now on the other side receiving this, and you say, ‘Okay Wheeler, turnabout’s fair play,'” the chairman said.

While Wheeler agreed competition is preferable to regulation, he said government “has a role to say, ‘Excuse me, first we have to get to competition.”

Wheeler claimed first-hand experience in Powell’s shoes dealing with industry players resisting change decades ago during his own tenure at NCTA.

At the time, the cable industry “was the voice of competition and innovation” according to Wheeler. Back then, established players including broadcasters, telephone providers and the film industry resisted change the way cable itself is mounting resistance today.

“We were saying, ‘Here’s a new opportunity — how do we change the way consumers get information?'” Wheeler said. “And by golly, we sure did.”

The chairman warned the crowd of industry players they could expect little else in such a “fast-moving industry,” and said government and industry would be better off working hand-in-hand than wasting time on exaggerated rhetoric.

“Those who try to stop the change always fail,” Wheeler said. “I don’t mean most of the time.”

The chairman said there’s still time for the industry to lend constructive criticism to the proposed rulemakings, but made it clear the rules would be forthcoming whether the industry took part in the proceedings or not.

During a Tuesday panel featuring the remaining four commissioners, Republicans Ajit Pai and Michael O’Rielly said Wheeler’s FCC has expressed little interest in hearing input for either the industry or the commissioners themselves, and pointed to Wheeler’s recent decision to ignore the industry’s request for more time to address more than 500 questions about the pending privacy rules.

O’Rielly asked fellow Democratic Commissioner Jessica Rosenworcel — who agreed more time would be beneficial — why Wheeler refused, while Pai said it was “pretty clear from FCC leadership that the writing is on the wall.”

Pai has repeatedly described Wheeler’s tenure as one of growing partisanship at the agency and called for reform Tuesday to various aspects of the agency’s rulemaking process, like allowing commissioners to discuss their views of potential new regulations before they’re voted on.

Wheeler, who described himself as a “traditionalist,” responded saying there was little cause to change what’s been working for years.

“There is a reason that the procedures are what they are and have been what they have been for decades,” the chairman said.

Republican-led committees in the House and Senate have both advanced FCC process reform measures, including a requirement for the agency to publish rules before the agency votes on them — an issue that rose out of last year’s landmark net neutrality vote.

At the time, industry stakeholders said they were taken by surprise at Wheeler’s decision to reclassify Internet service providers as public utility-style common carriers, announced just weeks before the commission vote.

The complaint was included in providers’ legal challenge, with a ruling still pending before the D.C. Circuit Court of Appeals.