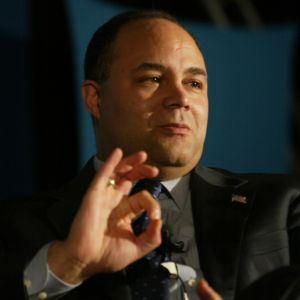 Posted to Technology May 16, 2016 by Giuseppe Macri

The cable lobby had some strong words for the Federal Communications Commission on the opening day of the Internet and Television Expo in Boston Monday, where industry heavyweights accused the agency of a “relentless regulatory assault” that threatens “America’s ambitions in the information age.”

Powell, a former FCC chairman, dedicated a portion of his keynote address at NCTA’s annual conference to a flurry of new regulations potentially facing the industry from Wheeler’s FCC.

“The policy blows we are weathering are not modest regulatory corrections,” he said. “They have been thundering, tectonic shifts that have crumbled decades of settled law and policy.”

Outside of net neutrality — undoubtedly the landmark moment of Wheeler’s chairmanship — the 2015 Open Internet Order has become the backbone for more potential intervention by the agency in the business Internet market and privacy in the Internet service provider (ISP) market — regulations proposed “without any compelling evidence of harm to consumers or competitors,” according to Powell.

“Other times we find our property being confiscated and passed off to new competitors to give them a leg up, despite healthy and robust markets,” he continued. “This is the case with the current proposal to unbundle valuable content and hand it to companies who do not have to pay for it, respect the intellectual property rights of it or abide by the same regulatory requirements to protect consumers.”

Earlier this year the agency advanced new regulations that would compel cable providers to make their programming available on third-party set-top boxes, giving consumers a choice to buy a box from a company like Google instead of renting it monthly from cable providers like Comcast or Verizon.

“Instead of unlocking the box, this proposal has unlocked fierce opposition from all quarters, from distributors, content providers, civil rights groups, labor unions and over 150 members of Congress,” Powell said.

On Friday, NCTA asked the agency for more time to submit comments on the FCC’s April vote to advance new rules for Internet providers offering high-capacity broadband to businesses and public services, which would extend to cable providers for the first time in an effort to promote market competition and lower rates.

“Even when we are the new competitive entrants, we are marked for rate regulation,” Powell said.

Wheeler’s proposals take a more hardline approach to new regulations for the online ecosystem than the case-by-case approach taken by the Federal Trade Commission. The FTC’s jurisdiction covers edge providers like Google and Amazon, and included ISPs prior to net neutrality.

“What I believe is most troublesome is an emerging government view that the communications market is bifurcated and should be regulated differently,” Powell said. “Internet companies are nurtured and allowed to roam free, but network providers are disparagingly labeled ‘gatekeepers’ that should be shackled.”

While Powell was confident the industry could “weather” the changes, he and a Republican faction in Congress and on the commission are concerned the growing frequency of regulations will disincentivize providers from investing in new technologies and network expansion.

“Networks must continue to innovate, experiment and thrive in order to fuel the Internet growth we all want to see,” he continued. “It is a mistake to view network providers as an impediment to that growth, rather than a valued ingredient of it.”

Wheeler — a former lobbyist for the cable and wireless industries and the director at a venture capital firm for Internet companies before becoming FCC chairman in 2013 — has made a career out of defying the expectations of consumer advocacy groups, who initially opposed his nomination under the expectation he would do the bidding of the industry.

“I don’t think that I’ve changed,” Wheeler said during a news conference in Washington last month.

Before heading the FCC, Wheeler said he made a career of representing “people who were bringing new competition and new innovation to the marketplace” while leading the cable industry in the 70s and the 80s, “and saw the important role that public policy plays in ensuring that there are opportunities for those who want to bring competition.”