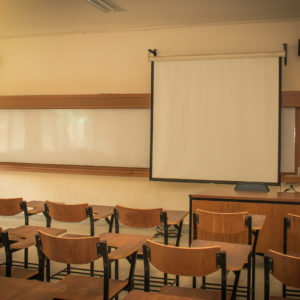 If policymakers were to think about teacher shortages more strategically, the problem could be solved more efficiently, according to a new report released this week. Efforts should be made to address shortages in particular fields—science, math and special education—and in schools that service low-income families, according to researchers who studied the issue.

The Hamilton Project, which is an arm of the nonpartisan Brookings Institution, released the study “Understanding and Addressing Teacher Shortages in the United States,” coauthored by Stanford University professor Thomas Dee and University of Washington professor Dan Goldhaber. Their study was accompanied by a shorter policy brief and a set of proposed reforms.

A striking statistic to emerge from the study is that “there are between 100,000 and 200,000 more individuals who graduate with a teaching degree each year than there are available teaching positions.”

Despite this surplus of certified educators, media reports of “teacher shortages” have spiked in recent years, according to the researchers. In other words, the teacher shortage problem might be better understood as a teaching talent distribution problem. And rather than think about the K-12 labor market on a national scale, the system is currently designed as a patchwork of isolated regional and local markets, according to the researchers.

School systems also tend to have specific types of staffing needs. Schools most often report struggling to fill special education positions, followed by teachers certified in STEM (Science Technology Engineering and Mathematics) fields. Finding teachers with specialization in English, the humanities, or elementary-aged child development is less of a challenge.

Wealthier school districts with lower percentages of minority students have a comparatively easier time recruiting and retaining highly qualified teachers. Some have suggested that fixing imbalances in the distribution of teaching talent is integral to addressing race-based and economically-based achievement gaps.

Rather than raise teacher pay across the board to attract more graduates, the scholars called for targeting financial incentives to particular areas of need. In other words, they suggested raising salaries for teachers specialized in high demand subjects and in high demand areas. Such proposals may be difficult to implement in practice, however, particularly in areas with rigid salary schedules.

The researchers also urged policymakers to consider smoothing out inconsistencies in credentialing requirements from state to state. They argued that the system discourages teachers from moving across state lines, which creates isolated labor pools that make inefficient use of teaching talent nationally. These proposals are also difficult to implement in practice given the nation’s highly decentralized education system. Transferring benefits like retirement pensions across state lines is particularly challenging, noted the researchers.

Finally, Dee and Goldhaber argued that school districts could be doing a better job of outreach and recruitment to new teaching graduates. They suggested that an effort in expanding student-teacher programs in high need areas could alleviate localized teaching shortages in many cases because new graduates are more likely to take jobs in districts they trained in as students.

Enacting these reforms appears to be more important when the economy is doing well. According to the analysis, teacher shortages are most pronounced when there is competition in labor markets from other sectors of the economy. This would suggest that K-12 teaching is a refuge that many turn to when they can’t find jobs in other areas.

A federal report from earlier this month confirmed that the 2008 recession led to a spike in new young teachers and corresponding declines in teacher shortages. That trend has reversed slowly as the economy has improved in recent years.

Ultimately, the Brookings report makes a case for a more fluid and agile teacher labor market that is adaptable to the specific needs of schools in areas across the country. With over 3 million K-12 teachers employed nationally, it stands to reason that policymakers should strive to best marshal the country’s collective resources to ensuring that students in all schools receive the high-quality instruction they are entitled to.