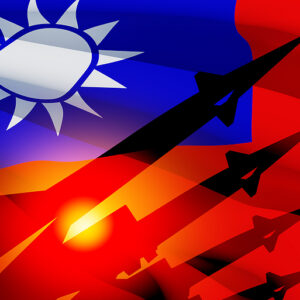 Taiwan a Geopolitical Hotspot to Watch

House Speaker Nancy Pelosi visited Taiwan in August, becoming the highest-ranking American official to visit Taiwan in 25 years. The reactions were so visceral that many analysts considered it to be the beginning of a new crisis between China and the United States.

Immediately after Pelosi’s arrival, China began a series of military operations and exercises in the seas and airspace around Taiwan, following the country’s promises of decisive and robust measures. President  Biden announced that the United States would be ready to intervene militarily if China attacked Taiwan.

The reason for the increased tensions between China and the United States is that, unlike Taiwan, which sees itself as an independent country with a separate constitution and democratically elected leaders, China recognizes Taiwan as a breakaway province that will eventually come under China’s control. The challenge of the Biden administration is the U.S. strategy to defend democracy against autocracy.

Although China’s threat has been Biden’s foreign policy priority, Russia has long challenged U.S. power with a series of combined actions. Since Russia sent its troops into Ukraine in February, the world has faced greater insecurity.

It seems that the new world after the war in Ukraine will be formed with new alliances, the effects of which will be evident in the confrontation between the powers. Various actors on the international stage are starting a big game that can dwarf previous historical periods. Concerns that China’s growing military power will shift borders have prompted the United States to equip Taiwan by selling high-tech weapons, giving Australia the technology to build nuclear-powered submarines and possibly deploy more missiles throughout the Pacific region.

In the Pacific, the new alliances have given rise to profound distinctions between friend and foe. Since 2018, the U.S.-China trade war has turned into a new Cold War, exacerbated by China’s support for Russia in the Ukraine conflict and U.S. efforts to unite its like-minded partners in the Pacific with groups such as  AUKUS (Australia, the United Kingdom and the United States).

These efforts are a search for alignment and allies that oppose China’s vision of authoritarian development. As a retaliatory measure, China has increased its diplomatic maneuvers and is reviving its multilateral organizations such as the Shanghai Cooperation Organization and BRICS, the trade council of emerging economies consisting of China, Russia, India, Brazil and South Africa. The intent is to tilt the weight of power toward China.

The United States and China use target countries in international diplomacy to create a balancing capacity. Since Russia sent its military forces to Ukraine, China has blamed the United States and NATO for provoking Russia and criticized the punitive sanctions imposed on Russia by refusing to take a position against Russia’s action. The strengthening of relations between Russia and China has been interpreted as a severe threat. With the deterioration of relations between the United States and China, a divergent multipolar international system has been created. China is not the only prominent actor that resists the imposition of sanctions against Russia. India and a majority of countries in Africa, Asia and Latin America have also reacted similarly.

It would not be wise for the United States to take a hostile stance against two enemies at the same time in such a way as to drive them toward each other. The United States should bear in mind that the potential for a crisis caused by Russian discontent could tempt others to take advantage of Russia’s problems because the emergence of similar conditions will become a fundamental problem for the United States and will be effective in the White House’s ability to focus and turn its gaze from Europe to Asia simultaneously.

The longstanding dispute between the United States and China over Taiwan has come under intense scrutiny following Russia’s invasion of Ukraine and Moscow’s efforts to annex parts of eastern Ukraine. Since aggression is not the only way to start a war, China’s military maneuvers can show how far it will go in an increasingly militarized region. Measures taken to prevent aggression and defend the security of a country against another government are considered threats. In this case, a cycle of action and reaction is created in which both sides believe that their actions are not aggressive and are only defensive.

The United States has been in this cycle against Russia for a long time, and the result is that the end of the war in Ukraine is in doubt. America should avoid another trial and error and avoid unintentionally entering another dangerous page of confrontation with China.

The new configurations and coalitions currently forming are fueling the escalation of the geopolitical hot spot in Taiwan. Since maintaining peace in the shadow of deterrence and strengthening resilience is much more complicated than predicting or even starting a war, it can be expected that Taiwan’s future will depend on the path the United States and China take.