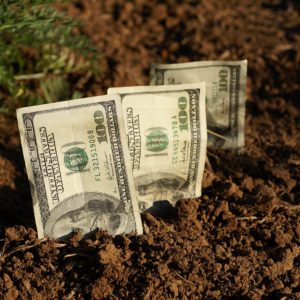 What Does It Take to Make Venture Capital Work in Cleantech?

Venture capital firms generally focus more on greenbacks than green energy. After a brief spurt of interest about six years ago, many major firms have been avoiding further investments in clean energy and green technology. Cleantech investment fell 28 percent between 2011 and 2012. A recent slew of bankruptcies in the solar energy sector has only added to investors’ hesitation. But in Chicago, one small venture capital fund, Energy Foundry, is making it work, benefiting from a unique set of circumstances and realistic expectations about the time frame and size of investment returns.

“We consider ourselves part of the next wave of energy venture capital,” says Judy Li, a platform associate with Energy Foundry.

Energy Foundry’s initial $22.5 million seed money came from unlikely sources: Commonwealth Edison (ComEd) and Ameren, two Illinois-based utility companies. Under the Illinois Energy Infrastructure Modernization Act (EIMA), passed in 2011, the two utility companies were required to invest in smart grid, energy efficiency, and energy innovation technology. Although the law did not specify the creation of a nonprofit, energy-tech venture fund like Energy Foundry, the companies decided on this approach.

Although the two companies provided the initial seed money for the fund, they do not receive any financial return from the investments. Instead, Energy Foundry returns any profits it makes into the evergreen fund, growing the pool of capital it has for future investments. Because of its unique structure, the fund is not responsible to traditional investors. As a result, it is able to approach investment returns with a longer time frame in mind.

As a result, Energy Foundry is consciously not quite like any other venture capital or investment fund.

“Energy Foundry was formed taking into account this massive opportunity [of the energy industry] and the many hard lessons learned by others, including that you cannot simply take the web & digital venture capital model and apply it to energy,” Jason Blumberg, the fund’s CEO, explained.

One of the biggest differences is how it approaches the time needed for a return on its investment. Traditional venture capital firms have struggled in the energy sector because it was difficult for start-ups to show a return in the 3-5 year timeframe that venture capital funds expected.

“Because we don’t have a traditional venture capital structure, we don’t feel rushed,” says Li, who explains that the fund can afford to wait for investments to become profitable.

In some ways, the fund functions more like an incubator than a traditional venture capital firm, primarily investing in early stage energy and green technology companies. Because of the source of its original funding, it tries to invest in companies with some connection to the state of Illinois.

Energy Foundry looks into about 500 deals annually, directly interviewing the companies in which it’s most interested. Li says that since the energy sector is not as crowded from a venture capital perspective, Energy Foundry can take its time making decisions, allowing it to thoroughly research before committing funding. At the end of the selection process, the firm makes about five investments of between $500,000 and $750,000, reserving the possibility to commit additional follow-up funding of between $1 million and $1.5 million if deemed a prudent investment.

Given the size of its initial fund, however, Energy Foundry does not have the resources to commit to many of these larger investments. It is currently in the process of putting together a secondary fund to allow for additional growth funding. This fund would function more like a traditional venture capital fund, rather than continuing the evergreen model Energy Foundry used when it began.

The companies it has backed are relatively small, generally valued at around $7 million, and in a pre- or low-revenue state. Most importantly, Energy Foundry is not tied to the quick turnaround time of between 3-5 years that many traditional venture capital firms are looking for. This time frame has proven difficult to apply to the energy sector, as many startups have needed longer than that to fully monetize their research.

Out of the three companies that have exited, Energy Foundry has had only one bankruptcy so far and was able to avoid losing money on the deal. That is an encouraging sign, since energy venture capital has long been a risky business.

“Almost ten years ago, there was a lot of money in clean tech and energy when a lot of the traditional venture capital funds played around with it and put in some money, but many of those deals fell apart and people were burned by it,” says Li, who adds that the industry is still struggling with the aftermath of those losses. A recent slew of bankruptcies in the solar energy sector has done little to ease investor nerves.

In part, this reflects the fund’s conservative selection of investments, many of which focus on storage technology and energy efficiency. These include Bractlet, an audit software that collects real-time environmental and equipment-level data to better suggest building-level energy savings, and Root3 Technologies Inc., software that reduces energy costs 10-30% in onsite energy plants for universities, hospitals, manufacturing facilities, and airports. At this point, most of its investments are aimed at the commercial real estate market. It hasn’t pursued investments in some of the areas where firms have struggled to become profitable, such as solar power.

Thus far, Energy Foundry has been successful in its niche. However, its selection of investment opportunities remains small and largely tech focused. Still, the company is an example of the difficulties of operating in the energy sector, where successful returns require more patience than traditional venture capital.